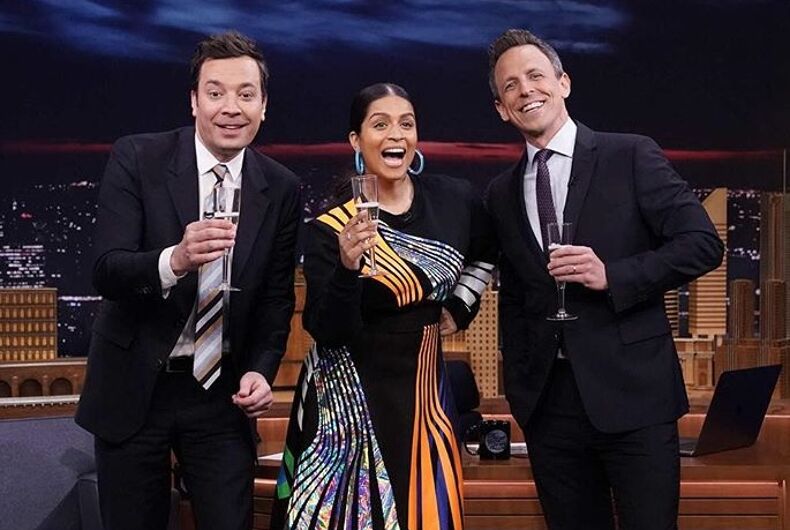 Talk show host and popular YouTuber Lilly Singh came out publicly as bisexual in 2019 and it quickly became the talk of social media, shooting to the top trending topic on several sites.

But what is it like when you see something so intimate being talked about by complete strangers everywhere?

But on Crooked Media’s Offline with Jon Favreau, Singh opened up about the experience. Because as much as the internet can lift someone up, it can also tear them down – and she felt a lot of pressure as a celebrity.

“You know, I came out to people in my life in September, and then it took me months and months and months to do that tweet because I kept going back and forth thinking, ‘Do I even want to do this?'” Singh said. “But the decision, I decided to do it for several reasons.”

“One, because I was eating away at me. And I was like, mentally, not in a good place because I had this what felt like a secret. Two was, I thought, if the spotlight is on me, let me show people, especially South Asians, a different way of coming out. Someone who is celebrating who they are. Someone who was actually saying, ‘Hey, I know you’re all looking at me and I’m going to take this opportunity to say this thing about me and say it with pride.'”

“And that was really important for me,” she continued, “but it was so scary. In fact, one of the most nauseating moments of my entire life was waking up the next morning, opening my phone, opening Twitter, and it was the number one trend.”

“It was with the banner and everything and I like, I can’t even explain what that felt like, something so personal to me being… And then people giving their opinions on it and what they thought. And it just felt gross, to be honest.”