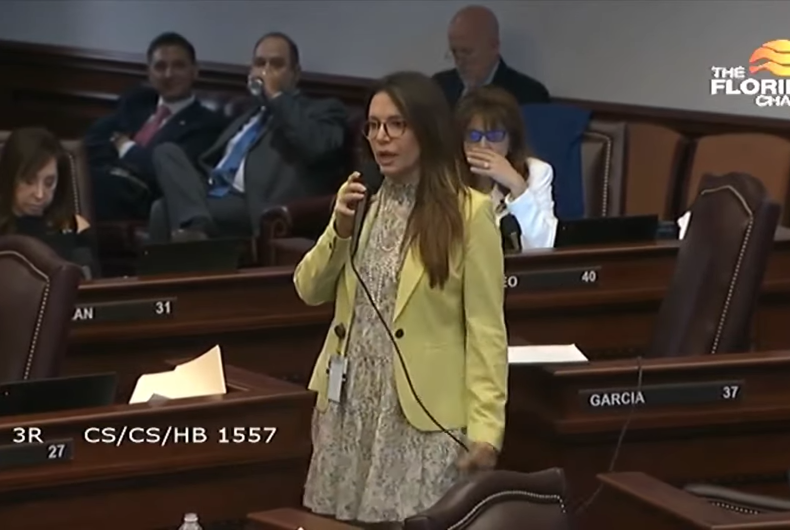 Florida state Sen. Ileana Garcia needed a way to justify her vote to discriminate against LGBTQ people and she reached deep to find one.

Voting to ban elementary school teachers from mentioning LGBTQ people is okay, she insisted, because being gay isn’t permanent and some transgender women are lesbians. She knows this because her friends are “all LGBT but I don’t pander on that.”

One of Garcia’s friends, whom she misgenders throughout the anecdote, is an older transgender woman, she told her colleagues. And she’s a lesbian!

“So he had a sexual experience,” she added. “And he realized that he continued to like women.”

But Garcia wasn’t done spouting off nonsense about transgender people. While gender affirmation surgery has been scientifically proven to reduce suicide ideation in transgender people, Garcia claimed it made it more likely instead.

“You know, a lot of people don’t know that I think that the statistics are that 4 out of 7 people who do the full transition end up committing suicide because it’s tough,” she claimed.

What actually makes life “tough” for LGBTQ people are constantly having to hear straight and cisgender people debate their civil rights.

I would tag Senator Garcia, but she deleted her Twitter profile, so make sure to follow her democratic opponent, @Mike_Grieco.