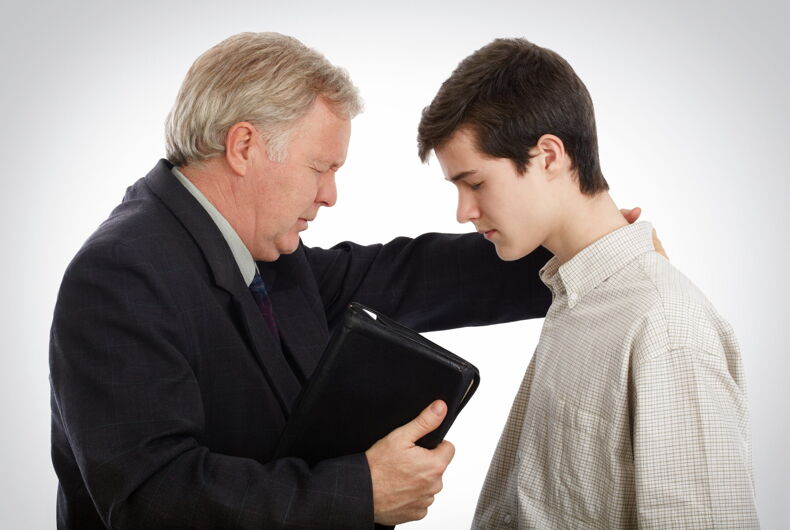 When an LGBTQ person is subjected to so-called “conversion therapy,” society pays a steep price. All told, the impacts of the widely discredited practice are estimated to cost the United States $9.23 billion annually.

“Conversion therapy causes the kind of lingering lifelong harm that we wind up spending billions of dollars in order to address and health,” Casey Pick, senior fellow for advocacy and government affairs at The Trevor Project, told Bloomberg. “While we’re trying to put a financial cost on conversion therapy, there is so much that is incalculable that can only be understood by listening to the stories of survivors, to see the true human cost in addition to the additional financial cost.”

The review of 28 published studies showed that LGBTQ people who participated in sexual orientation or gender identity change efforts were more likely to experience negative impacts than those who did not, including serious psychological distress (47% vs 34%), depression (65% vs 27%), substance abuse (67% vs 50%), and attempted suicide (58% vs 39%).

Conversion therapy is banned in some form in 25 U.S. states as well as the District of Columbia and Puerto Rico. But these bans apply only to licensed professionals, as religious practitioners are unregulated.

According to the report, about 10 percent of LGBTQ people will undergo some form of sexual orientation or gender identity change effort, typically as a youth.

Researchers noted that there is already a clear consensus from medical organizations and human rights groups that these practices cause harm to patients. Their analysis was intended to add an economic dimension to the discussion, strengthening the argument against providing any public or private funding for these damaging practices.

“There is a growing body of research that shows that transgender or nonbinary gender identities are normal variations in human expression of gender,” said American Psychological Association President Jennifer F. Kelly said in a statement opposing the practice. “Attempts to force people to conform with rigid gender identities can be harmful to their mental health and well-being.”