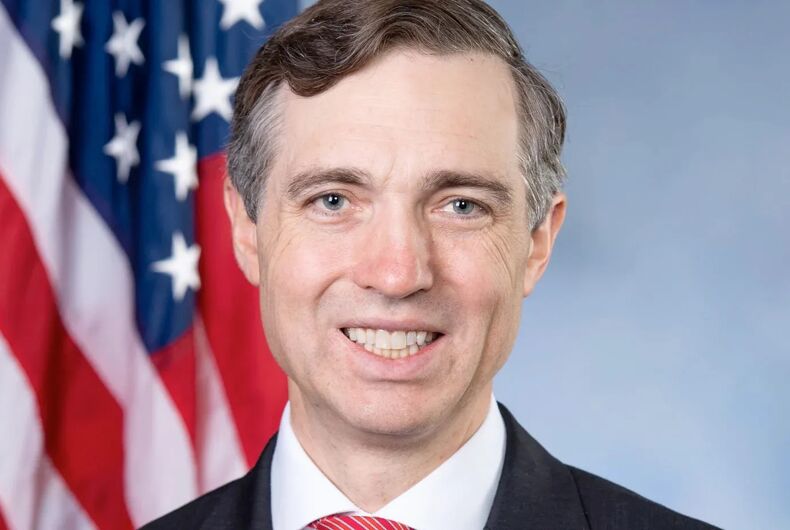 Van Taylor, a “family values” Republican Texas representative with a wife and three daughters, has dropped his re-election campaign after the public saw a raunchy sext he sent while having an extra-marital affair with Tania Joya, the widow of an Islamic State fighter just last year.

The sext requested her to perform analingus on him while he enjoyed a drink and then suggested that she give him deep oral intercourse.

Joya reportedly contacted Taylor in 2019 asking for assistance with her program Preventing Violent Extremism. By late 2020, they were romantically involved, she told the far-right website Breitbart.

“He considered me his girlfriend. He labeled me his girlfriend, his mistress,” she said. “I told him that I found him attractive. After that for an entire month, every day during October 2020, he wouldn’t stop messaging me like crazy. It was just so distracting. He was going crazy for it.”

The affair is notable considering that Taylor has spent years opposing LGBTQ equality under the guise of “family values.” He has supported bans on same-sex marriage and supported so-called religious freedom laws that are a “license to discriminate.” law.

In an apology to his supporters issued Wednesday night, Taylor wrote, “About a year ago, I made a horrible mistake that has caused deep hurt and pain among those I love most in this world. I had an affair, it was wrong, and it was the greatest failure of my life.”

He then dropped out of his re-election campaign. Then Muslim Democratic Minnesota Representative Ilhan Omar mocked Taylor for being aligned with a “jhadist”, something she has been accused of by bigoted Republicans like Georgia Representative Marjorie Taylor Greene.

I guess the Republicans had the “jihadist” caucus all along. 🤷🏽‍♀️ https://t.co/x7YxGvNo2K

Meet the lesbian couple who took down Nazis with paper bullets