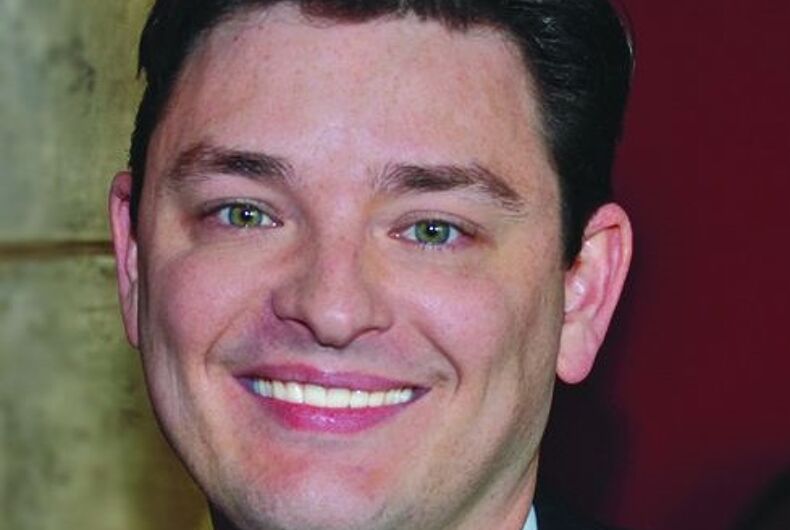 On Wednesday, Utah state representative Jon Stanard resigned abruptly. He wrote a statement and sent it to the AP.

“My father has terminal cancer and I am going to spend a few weeks with him out of state while I still can,” the 43-year-old Republican said.

On Thursday, a British tabloid reported that Salt Lake City sex worker Brie Taylor said that she was hired by the married father-of-three several times. She also has text messages from him as proof.

She said that she was first approached by Stanard on March 7, 2017. A text message that’s allegedly from him says, “Looking at your website. Can you meet.”

Stanard is from St. George, Utah, a small town in southwestern Utah on the border with Arizona. He travels to Salt Lake City several times a year to participate in the legislative process.

“Would need to be tonight,” he texted. “Only in town a little. Anytime. Can do in or out. At hotel in downtown SL.”

The Utah House confirmed that he would have been in Salt Lake City because the legislature was in session. That month, Stanard voted for a bill that reclassified solicitation of a sex worker from a class B to a class A misdemeanor, raising the fine to $2500.

Taylor couldn’t meet then because her son was sick. But after a few more text messages, they met on June 20.

“I already knew who he was because I screen all my clients using a phone number service and I Googled him,” Taylor said. “I was surprised that he was using his real phone number. I thought that was kind of stupid but I knew he wasn’t a psycho so I met him.”

They continued to exchange text messages and met again on August 22. In November, the texts stop.

“It looks like they were legislative days,” Republican Speaker of the House Greg Hughes said. So Stanard had a reason to be in Salt Lake City.

The Utah House has confirmed that Stanard used taxpayer money to pay for the hotel rooms in which he allegedly met Taylor. As a representative, he was reimbursed for expenses incurred for his work in the Utah House, including hotel rooms.

His cell phone was also issued by the state, but Hughes said that it was not returned and, even if it was, the text messages with Taylor could be erased.

Since Stanard has resigned, the Utah House cannot open an ethics investigation. But he has been asked to give back the money he received for the hotel rooms.

Hughes said that he met with Stanard when the representative resigned. Their conversation was about a “gamut of problems” involving Stanard’s family, but he didn’t mention anything related to hiring a sex worker.

“I did not know there was a story coming, I’ll just say that,” Hughes told CBS.

Stanard has been in office since 2012. His campaign website, which has been taken down this week, said that he was in favor of “conservative family values,” which is a euphemism for homophobia and sexism.

“I am a strong advocate for conservative family values. I am pro-life, as well as for traditional marriage.”

In 2015, he also voted against a bill that added sexual orientation and gender identity to the state’s bans on employment and housing discrimination.

In 2016, Stanard voted for a bill that called pornography a “public health crisis,” which made Utah the first state to do so.

Taylor said that she came forward with the text messages to call out hypocrisy. “It is hypocritical because he is supporting laws that make it stricter for other men who do what he does,” she told the Independent.

“I was surprised when I found out that he voted in favor of stricter laws.”

“This is a Republican state so you have to stick with your buddies otherwise it will hurt your career but on the other hand, he is a john.”

Stanard has not commented on the allegations.