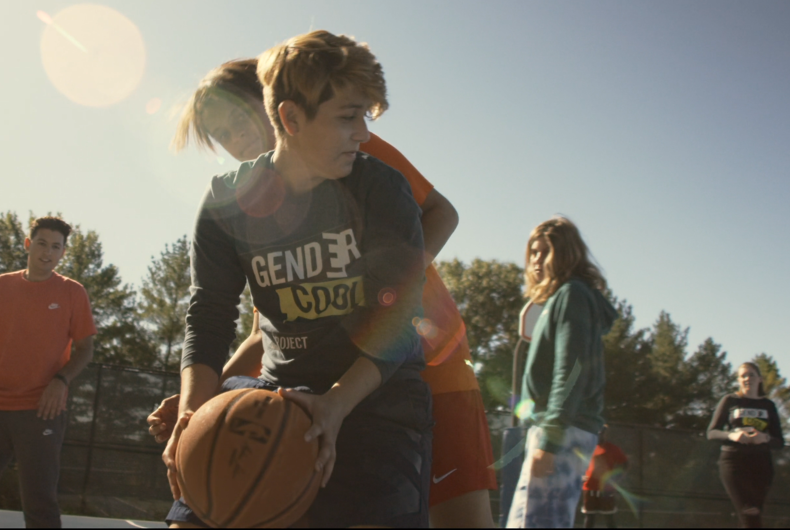 As part of a national education campaign called Play It Out, the advocacy group GenderCool recently launched a new television ad that features transgender youth athletes talking about why participating in sports matters.

“I play sports for the same reasons all kids play sports,” 17-year-old Amir explained in a press release promoting the ad. “Sports is like family to me. We show up for each other. I even want to be a coach someday so I can help others get to where they want to be.”

GenderCool founder Jen Grosshandler, a lifelong athlete and parent of a transgender teenager, spoke to the importance of highlighting true stories about transgender athletes as legislators across the country try to ban them from competing.

“Communities everywhere deserve the facts around a conversation that is in need of clarity,” said Grosshandler. “When folks have a chance to spend time with our kids, they often come to the same conclusion. Our kids play sports to be part of a community and have fun with their friends. All kids belong in sports. It’s that simple.”

The spot also includes teacher and coach Jon Mall, who emphasized the important of inclusion in athletics.

“Kids are kids, and as a coach, you want to create that environment that’s all inclusive,” Mall said. “Sports brings kids from all walks of life together, and the differences often fade away.”

At the end of the day, GenderCool wants to remind folks that transgender youth are part of the team.

The Week in Trans Rights: Florida & Texas fight for title of Most Transphobic State