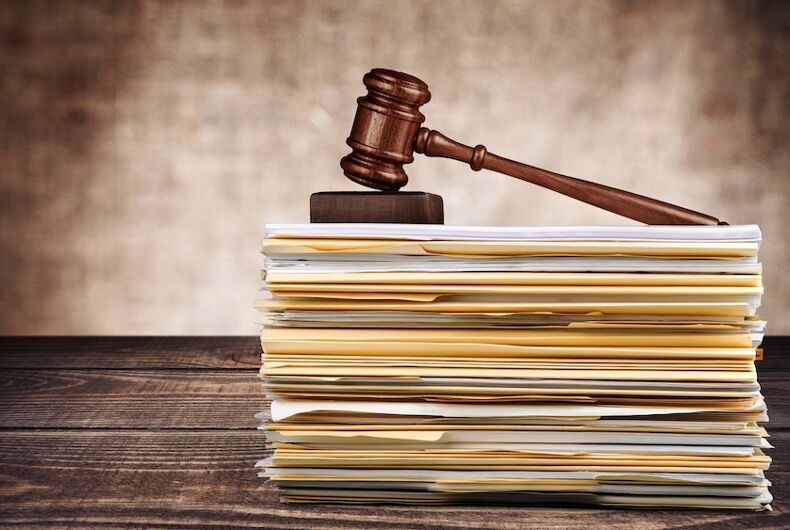 It’s the state legislative session season, which can only mean one thing: anti-LGBTQ bills are springing up like noxious weeds across the nation.

Last year was the worst in recent history for anti-LGBTQ activity in state legislatures, with 17 bills being enacted into law. This year promises to be every bit as bad, as conservative lawmakers try their best to outdo last year’s shameful record.

If that sounds like something more than coincidence, that’s probably because it is. For several years, Alliance Defending Freedom, an anti-LGBTQ group that the Southern Poverty Law Center has designated a hate group, has been working with legislators in states like Indiana and others to push anti-trans legislation

Bills attacking trans athletes aren’t the only anti-trans measures being pushed by conservative lawmakers. In 17 states, there are also measures to interfere with medical treatment for trans youth. The lawmakers display zero concern for the significant mental health toll that these attacks take on trans youth.

Of course, anti-trans measures aren’t the only ones making their way through the legislative pipeline. Republicans see an opportunity to capitalize on parental concern, which proved to be a winning issue for them in last year’s gubernatorial race in Virginia.

Of course, what parents were frustrated about was the effect of the pandemic on learning. Republicans have used this frustration to cater to the fringe by going after mention of LGBTQ themes in the curriculum. (This is part of their broader attack on teaching critical race theory in public schools, which simply doesn’t happen.)

Sixteen states are considering measures that have some kind of restrictions on the curriculums that would affect LGBTQ content. These measures tie into a broader conservative push to take control of school boards as a battle front in the culture wars.

Not all of these anti-LGBTQ measures are going to pass. Some of them are simply introduced by conservative legislators hoping to score points with their constituents. In states like New Jersey and Maryland, there’s not much chance that measures will make it through Democratic opposition.

Even in states like Arizona, which has a Republican governor and legislature, anti-trans measures can falter. Following moving testimony from trans kids, Republican state Sen. Tyler Pace voted against advancing a bill to halt medical treatment for trans youth. effectively killing it.

“The testimonies we heard today about the many people who are using these avenues of medical treatments to save lives, to improve lives, I don’t want my vote to stop those great things,” he said.

However, inevitably a number–and probably a large number–of these measures will sail through, particularly in the south and midwest. Whether it will be enough to break last year’s record is still a guess. But it will certainly be enough to break a lot of people’s hearts.

Cher lived here. So did Britney Spears. Now you can too if you’ve got $7M sitting around.