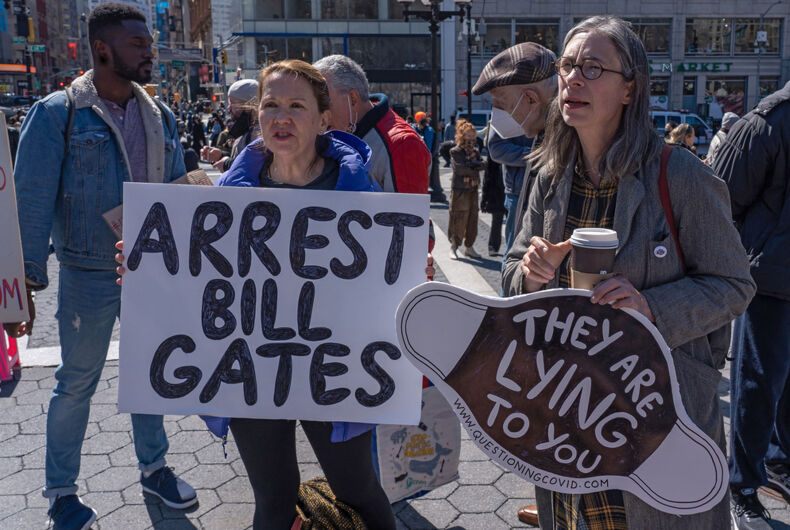 COVID-19 conspiracy theorists are spreading more misinformation online, this time about a mysterious illness called vaccine auto-immunodeficiency syndrome, or “VAIDS,” which is caused by the COVID-19 vaccines.

A blogger named “Jack” claims to have come up with the term, which was created to sound like AIDS, the real disease that has killed tens of millions of people. He wrote that the made-up disease is a “gradual destruction of the human immune system by vaccines.”

Misinformation about the fake disease was spread on social media, with posts that described VAIDS as “similar to AIDS but caused by the C19 jabs.” Oddly, any vaccine created to combat COVID-19 – no matter its composition – is said to cause VAIDS, but no vaccine for any other disease could.

Google searches for the word “VAIDS” have also increased, according to the AP.

Doctors and medical researchers are saying that there is no such thing as VAIDS.

“AIDS is a generalized body-wide compromise of a specific subset of immune cells (mostly CD4+ lymphocytes) caused specifically by infection with the HIV-1 virus,” said Arizona State University vaccine researcher Dr. Grant McFadden. “There is no vaccine-induced counterpart of AIDS.”

McFadden added that since billions of people have already gotten a COVID-19 vaccine, “if such a thing as VAIDS existed, we would have detected it by now.”

The COVID-19 vaccines and other vaccines boost the immune system’s response, the opposite of what anti-vaxxers are accusing the vaccines of doing.