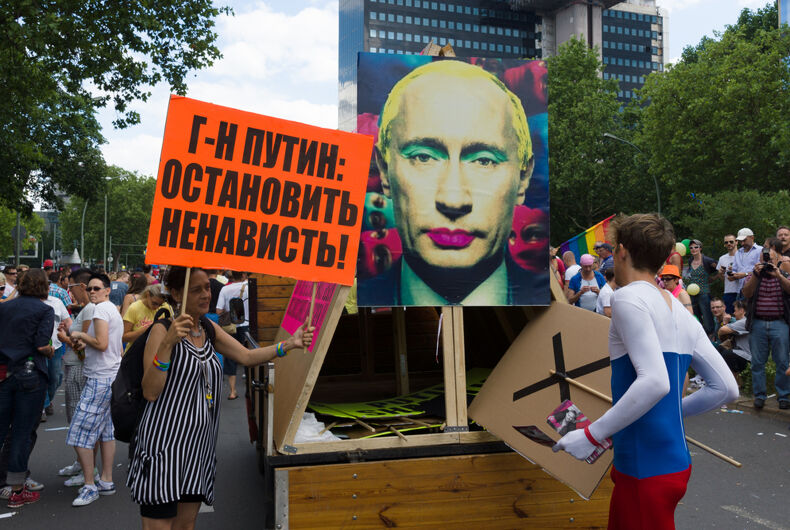 The Russian military conducted a sweeping invasion into Ukraine in what Russian President Vladimir Putin termed a “special military operation” for the purpose of “denazification” of its sovereign neighbor. “Its goal is to protect people who have been subjected to bullying and genocide…for the last eight years. And for this we will strive for the demilitarization and denazification of Ukraine,” Putin argued during an address on Russian state television.

Ukraine’s President, Volodymyr Zelensky, however, is Jewish, a democrat and certainly not a Nazi. Though Russian media has repeatedly attempted to depict Ukraine as being affiliated with neo-Nazi fascism, no reliable evidence has ever been provided.

In political terms, a “strongman” is one who leads by force within an overarching authoritarian, totalitarian, dictatorial regime. Sometimes the formal head of state, sometimes another political or military leader, the strongman exerts influence and control over the government more than traditional laws or constitutional mandates sanction.

Strongmen situate themselves within positions along the political spectrum, usually toward the extremes on the right and the left. In an extensive Wikipedia list of strongmen by country, Benito Mussolini is included among those from Italy, Adolph Hitler from Germany, Vladimir Putin from Russia, and Donald Trump appears on the list from the United States.

They find themselves in the company of, for example, Juan Perón of Argentina, Pol Pot of Cambodia, Fidel Castro of Cuba, Francois Duvalier of Haiti, Saddam Hussein of Iraq, Manuel Noriega of Panama, and Idi Amin Dada of Uganda.

Individuals often voice unwavering commitment to their values to shield themselves from unwanted desires and impulses, while attributing these to others thereby shifting the blame from themselves onto others. In psychological parlance, this is referred to as “projection.”

Vladimir Putin, by depicting the Ukrainian administration as fascist, and of bullying and committing genocide, is clearly projecting.

On the right-wing side of the dictatorial strongmen’s political spectrum, we find the philosophy and practice of fascism. While also deployed as an epithet by some, fascism developed as a form of radical authoritarian nationalism in early-20th century Europe in response to liberalism and Marxism on the left.

Umberto Eco, who grew up under the fascist Mussolini regime, catalogs the characteristics of what he calls “Ur-Fascism,” or “Eternal Fascism” in 14 “typical” features. He stressed that, “These features cannot be organized into a system; many of them contradict each other, and are also typical of other kinds of despotism or fanaticism. But it is enough that one of them be present to allow fascism to coagulate around it.”

Putin may believe in his narcissistic sociopathic calcified heart of hearts that he is putting something over on the world community, but anyone with a shred of critical awareness understands Putin for what he is.

Putin is the bully in this drama that he chose to direct. Putin is the one committing genocide on the Ukrainian people.

And Putin, most certainly, is the neo-Nazi fascist strongman who will ultimately pay the price for his evil actions.