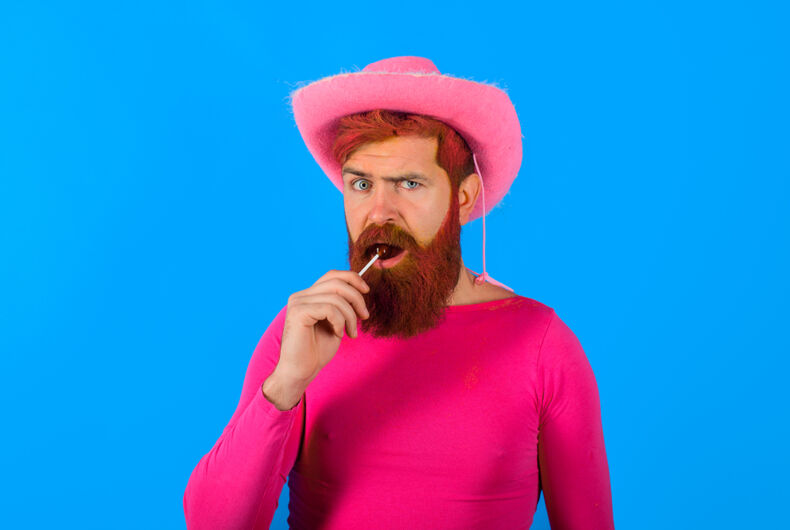 Ottawa residents who are sick of a group of anti-vaxx truckers clogging up their city have found a novel way of driving them off.

They’re using an explicit heavy metal song about gay cowboys having sex to overpower the group’s communications and broadcast it to anyone listening.

“Ram Ranch,” a song by Canadian performer Grant MacDonald, is being blasted over several Zellow channels dedicated to the convoy. Truckers and their fans have been using the walkie-talkie style chat app to communicate.

The rightwing activists would frequently start to sing songs like the Canadian national anthem and it gave the folks behind #RamRanchResistance the idea of turning patriotic into pornographic.

Over and over the activists interrupt the various channels to broadcast the 2012 tune that starts with “18 naked cowboys in the shower at Ram Ranch.” And then signs started popping up all over town telling the truckers, “Welcome to Ram Ranch.”

MacDonald, who has written several similar songs like “Prince Harry’s 12 Inch Cock” and “Halifax Cumwhore,” is thrilled to be part of the protest.

“I’m just elated, totally elated that my song could be used to stand up for science,” MacDonald told Rolling Stone.

While authorities have managed to open the Ambassador Bridge, a major international bridge that connects Detroit with Windsor, Ontario, the truckers have remained in the nation’s capital. The group has been camped out in the city for three weeks, wreaking havoc and lacking any clear demands. The convoy quickly morphed into a copycat of Trump events, including Confederate flags and Nazi symbolism.