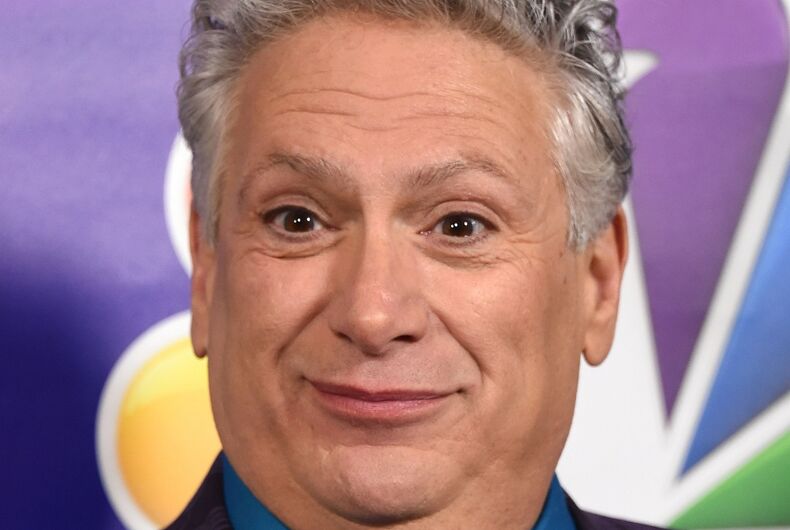 Broadway and film star Harvey Fierstein said that he is questioning his gender identity.

“I’m still confused as to whether I’m a man or a woman,” he told People magazine.

Fierstein, 69, said that he would often wonder as a child if he had been born in the wrong body.

Fierstein is best known for his work on the plays Torch Song Trilogy – for which he won the Tony Awards for Best Play and Best Actor in a Play – and Hairspray, as well as Mrs. Doubtfire, Independence Day, and other movies, including film adaptations of his Broadway work.

“I don’t know who I am. You wanna tell me who I am?” Fierstein said as he recounted the various genders he has played, like Edna in Hairspray and Tevye in Fiddler on the Roof. “No one has ever been happier walking around with a beard and five daughters and having everyone call me papa,” he said.

“But let’s put it this way,” he said as he mentioned that he wonders if he’s non-binary, “I don’t think I’ve missed anything by not making up my mind.”

Fierstein also stressed that questioning his gender has made him more empathetic when it comes to questions of diversity.

“No two of us are the same, not any of us,” he said. “I’m 69-years-old, and still everything’s possible. I can get up tomorrow if I wanted to, and shave really close and put on a bunch of makeup and walk around my town and see what that’s like.”

“Having done drag as many years as I’ve done drag, I know it’s a lot of fucking work to be pretty.”

Hate church called for death to gay people. Now they’re getting what they deserve.