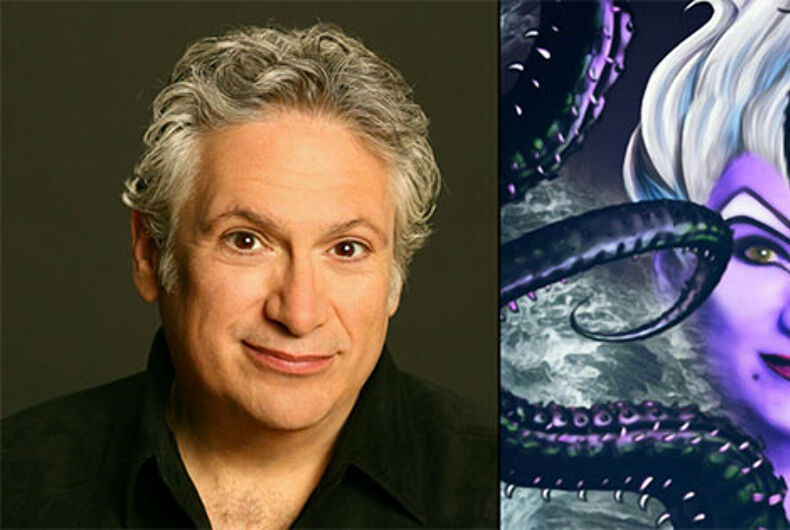 Right now Harvey Fierstein is starring off-Broadway in “Gently Down the Stream,” a love story set at the dawn of the internet dating scene, but soon he could be acting under the sea in Disney’s latest live-action reboot: The Little Mermaid.

The original animated film’s Oscar-winning composer, Alan Menken, revealed to the British tabloid Gay Times his dream of casting Fierstein as the evil Ursula in his next project after Beauty and the Beast:

Alan Menken… Your wish is my command!!!! https://t.co/gkwdQLI99L

And the very concept of Fierstein as the nasty undersea sorceress created 20,000 leagues of buzz. But so far, Disney has remained mum.

“The music for the project is being described as ‘a remix of pre-existing songs’ from the 1989 Disney animated classic,” the website reported, “for which Menken won two Academy Awards. Marc Platt will produce the film alongside Miranda.”

Will the waves of favorability from Fierstein’s fans win over Disney? The spokespeople at the House of Mouse haven’t responded our inquiries as of press time. But we’ll keep you posted.

@HarveyFierstein as Ursula! Yes please.
"I'm a very busy woman and I haven't got all day, it won't cost much, just your VOICE!" pic.twitter.com/0X7mAIFV8W

Can a gay New York City councilman force Trump to release his taxes?

Will there be justice for church & Jewish center spraypainted with hate speech?