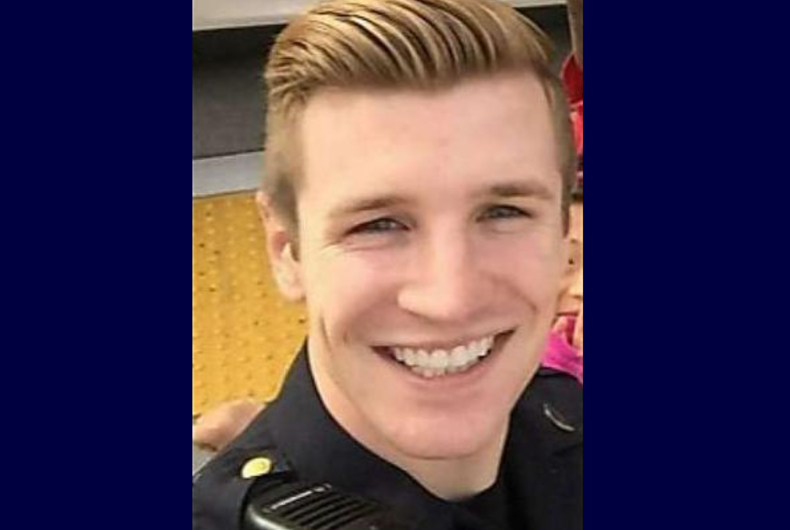 The San Francisco Board of Supervisors has agreed to pay a settlement of $225,000 to SF Police Officer Brendan Mannix, 31, in response to his lawsuit that alleged anti-gay workplace discrimination and harassment.

The lawsuit, filed in 2018, alleged that Mannix’s colleagues frequently made degrading comments about his sexual orientation and even refused to support him when he called for back-up.

The comments included saying, “Ugh you gays” or “God, you gays” whenever he did something his coworkers thought was stereotypically gay.

He was often called “such a queen” and “too dramatic,” the lawsuit says. The comments were “so severe, widespread, and/or persistent that a reasonable gay man in Plaintiff’s circumstances would have considered the work environment to be hostile or abusive.”

In one incident, Mannix said that he called for back-up as he pursued a robbery suspect down a street. He said that back-up didn’t arrive but he was able to detain the suspect on his own. He had to get help from a different police station since his coworkers allegedly wouldn’t help him, even after he waited for an hour, a violation of the police department’s policy.

When he finally made it back to his police station, he found his superior Sergeant Patrick Tobin “relaxing at a desk.” Mannix explained the situation and Tobin allegedly told him, “Jesus, don’t be such a queen!”

Mannix said that he reported the harassment several times in 2016 and 2017, but nothing happened. He took several months of leave to recover from insomnia and anxiety brought on by the harassment. After he got back, he said another sergeant agreed to write up his complaints but then left out “nearly all” of the information he gave her.

After that, he said he started receiving “the worst assignments,” including being sent on assignments that would take hours to complete just before his shift ended.

“Given the inherent costs of continued litigation, we believe the settlement is an appropriate resolution,” said a spokesperson for the San Francisco City Attorney’s office.

When asked about what happened to the sergeants named in the lawsuit, the police department said that it does not comment on “personnel matters such as disciplinary actions” .

Mannix is not publicly commenting on the settlement, but he still works for the San Francisco Police Department.

In 2018, Mannix’s lawyer Lawrence Organ told the Bay Area Reporter that he filed the lawsuit in order to prevent anyone else from having to suffer the same harassment.

“In the future, if an officer complains, they know the department will treat the complaint seriously and protect them against any retaliation,” Organ said at the time.