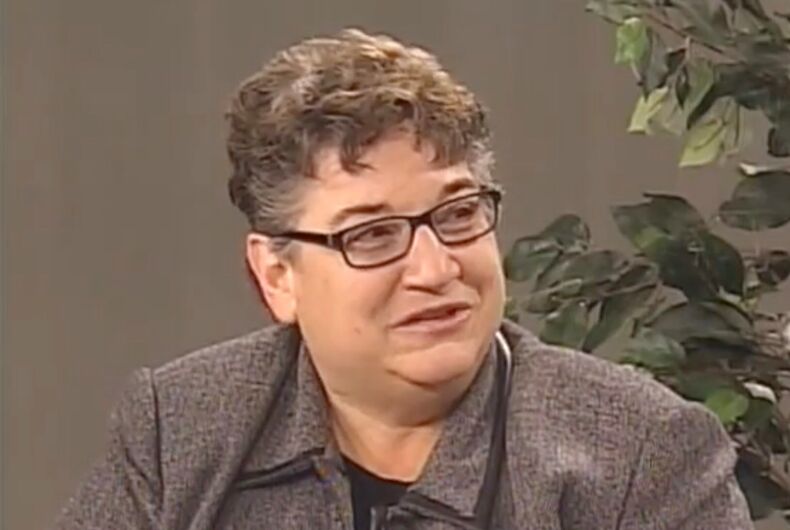 The only Democrat on a subcommittee of the Iowa House Education Committee scorned the Republican members for “state-sanctioned bullying” for supporting a bill banning trans girls from women’s sports.

H.F. 2309 would not only ban these kids from sports, but would also allow other students to sue their schools or athletic associations if they feel anyone violating the policy experiences “direct or indirect harm.”

“We talk a good game up here about protecting students, and making sure that their rights are upheld, and that we honor and give them dignity in terms of their participation in school, activities and sports,” said state Rep. Mary Mascher (D), who taught 5th and 6th grade for 33 years. “And at the same time, we are setting up a system that will allow the state to sanction bullying in our schools.”

“I look at all of the issues in the problems that we see students having, the struggles they face every day,” Mascher continued. “Our transgender students deserve better.”

The two Republican members of the three-person committee, Rep. Skyler Wheeler and Rep. Henry Stone, were apparently unmoved by the testimonies of those opposing the bill. It’s not a surprise, considering they both co-sponsored it.

Wheeler claimed during the testimonies that trans girls participating in women’s sports would “reverse 50 years of advancement for women.”

Among the many speakers both for and against the bill was Gavy Smith, a transgender girl who participates in volleyball, softball, bowling, and track and field at school.

“Through my transition, the best thing to look forward to at the end of the day are those sports,” she said. “They help me make new friendships and keep the old ones. They have made me stronger, mentally and physically.”

“If I were told I couldn’t play the sports that I want to and for the gender that I identify as, I would feel less about myself, like I’m being forced to feel different about who I am.”

The bill passed the subcommittee and will now be brought to the full committee.