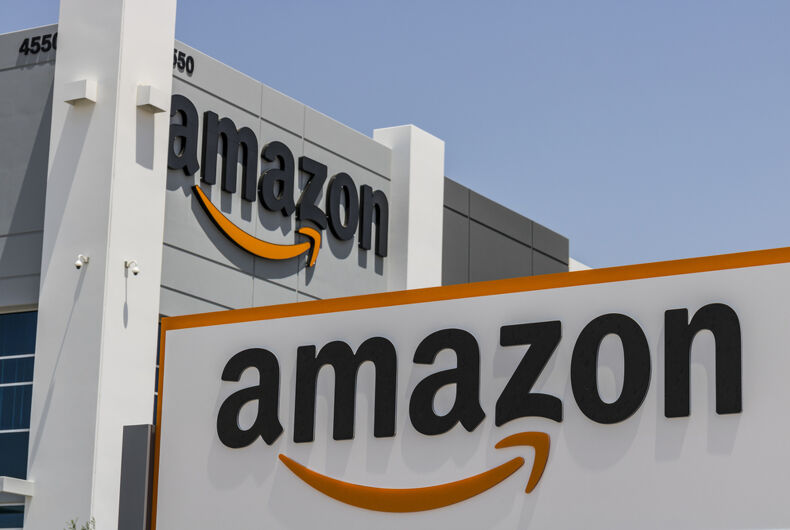 A former Amazon employee is suing the company for allegedly firing him in part because he’s gay.

A report from the Seattle Times states that Jonathan Fahlberg, an organizational psychologist, worked on Amazon’s management team as a senior business partner for human resources in Spokane, Washington until being fired in late 2020 after issuing a complaint about alleged harassment from his supervisor.

The lawsuit accuses the company of firing Fahlberg for being gay and also makes accusations against his former manager, accusing her of showing up at his apartment on the second anniversary of his husband’s death and groping him – and later threatening him with retaliation if he told anyone.

He also claims she verbally abused him at work, telling him no one liked him as well as mocking his clothing and the way he spoke.

Fahlberg also alleges that she wouldn’t let him leave a 15-hour shift to take care of his dying mother. Because of her, he said, “I didn’t even get a chance to say goodbye to my mother.”

The manager’s attorney has denied all allegations. While they confirmed that the manager did visit the apartment (and said she was invited there) that night, they claimed no sexual advances were made.

Maria Boschetti, a spokesperson for Amazon, also denied everything, stating, “We disagree with the allegations made in the case, and have no tolerance for retaliation, intimidation, or harassment against employees.”

After issuing a formal complaint with Human Resources, Fahlberg also requested to be transferred. Instead, he was fired. A few weeks later, his manager was also fired.

“They admitted that something was wrong and they fired her, but they wouldn’t give me my job back,” he said.

Ryan Best, Fahlberg’s attorney, said Amazon is trying to conceal documents surrounding Fahlberg’s termination and even won a protective order for some of them.

“I believe Amazon is hiding documents,” Best said. “I think [they are] going to show that Amazon wanted to get rid of Mr. Fahlberg because he was gay, and because his supervisor had behaved inappropriately.”

Both Best and Fahlberg believe that Amazon thinks its untouchable due to its size and influence.

“Given that they’re approaching being the world’s largest employer,”  said Fahlberg, “they think they can do anything.”

Fahlberg has accused Amazon not only of a lack of support for the abuse and harassment he alleges, but also a lack of professional support.

When he was first hired, he said the company gave him almost no training, despite the fact that his position require using 32 different software systems.

“I literally got, ‘Here’s your computer, do your job,’” he said. “From the very beginning, it was a very negative experience.”

Due to multiple discrimination accusations from other former employees, the company is reportedly investigating its process for reviewing discrimination claims.

Trans woman granted $1.5 million after police called her slurs & arrested her for jaywalking