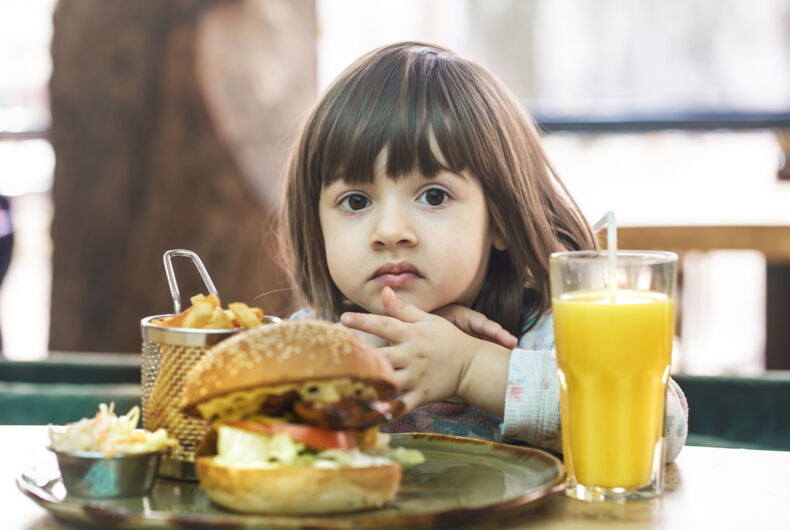 I consider myself body-positive and an ally of fat people. And honestly, it partly is because some of my best friends are large. I’ve seen first-hand the struggles they’ve endured — indignities that have nothing to do with their weight but come instead from society’s shameful, bigoted reaction to it.

I also think the body-positivity movement fits directly into the inclusive, liberal values I’ve championed my whole life. Fat is a feminist issue. Fat people are another marginalized group. The horrible stigma around being overweight is more unhealthy to a person than the weight itself.

I’m also on board with the idea that American ideas about what constitutes a “beautiful” or even “healthy” body are based, in large part, on racism.

But ever since that famous Huffington Post article “Everything You Know About Obesity is Wrong” went viral in 2018, I also keep reading things that are, well, wrong: namely, that a person’s weight is individual to that person, genetically and biologically determined, and for the vast majority of people, there’s nothing anyone can ever do to lose weight.

Obviously, this is a response to decades of fat-shaming and fat-blaming, where larger people were told, “You need to be a certain weight to be acceptable in society, and if you’re not, it’s okay for people to shame and ridicule you.” And, “To lose weight, you just need to have more willpower.”

Both these beliefs are bullshit. It’s not anyone else’s business how other people look, and besides, fat people can be beautiful exactly the way they are. And, yes, for the most part, traditional dieting doesn’t work.

I’ve spent the last four years traveling the world. Outside of America, most people lead much less sedentary and much more social lives. They spend less time staring at screens, and they also walk more and drive less — mostly because non-American communities tend to be far more pedestrian-friendly and community-oriented. At meals, portion sizes tend to be much smaller, and food tends to be less processed and healthier.

And non-Americans are, overall, much less fat.

I don’t think it means I’m prejudiced if I admit that whenever I return to the United States, I am sometimes shocked by how fat many Americans have become — especially in rural areas. Most of America is overweight, and more than a third are now “obese.”

And as the rest of the world adopts more “American” lifestyles and diets, they’re now getting fatter too. Obesity rates for the entire world have tripled since 1976.

It absolutely has to do with lifestyle and environment.

At this point, it’s worth asking, “So what? If ‘fat’ isn’t anything shameful, who cares if Americans tend to be fatter than everyone else? And who cares if the rest of the world is getting fatter too?”

This is the exact point where the whole issue breaks down. In researching this article, I’ve discovered that “weight” has become yet another one of those hot-button cultural issues that have been sucked into that swirling vortex where people can’t even agree on basic facts.

Is it unhealthy to be fat? Is it pointless to try to lose weight because no one ever keeps it off? If you start to lose weight, does your metabolism shut down? Is the only real problem bias against fat people?

It all depends on who you listen to.

My take is that the issue is, well, complicated. There are a lot of different things going on at the same time, and some of them are sort of at odds with each other.

Here is a list of things on this topic that I’m fairly certain are true:

The truth is, I feel reluctant even writing this article because I hear the anguished voices of my friends — and all fat people — and I want to do everything I can to make their pain and trauma go away.

But at the same time, I find myself uncomfortable with the increasingly popular idea that it’s bigoted or anti-fat to engage in any discussion of weight loss or health issues around obesity. I feel like some of this new stigma is obscuring another really important issue — namely, that the expanding waistlines of Planet Earth are ultimately all about a fundamentally unhealthy American lifestyle.

And America is currently getting very rich by exporting that lifestyle all over the globe.

In short, people are getting fatter because amoral corporations flood countries with cheap, processed — sometimes even addictive! — food that makes people gain weight. It happened in America first because that’s where corporations have the tightest grip.

And corporations also get rich by isolating people — by destroying families and communities, which is making people fatter still.

Back when I lived in America, I intellectually knew all this to be true. But now as a nomad, I see these changes every single day of my life.

I don’t subscribe to the naïve notion that America and capitalism have turned the world into some dystopian hell-hole. On the contrary, there are some indisputably great things about modernization and even globalization. Climate change aside, the planet has become a dramatically better place by almost any measure, with a higher percentage of happier, healthier people than in all of recorded human history.

But there are some “bad” things about the modern world too, and obesity is one of them. Is it no longer okay to say that?

I understand why the conversation about body positivity and fat acceptance had to come first. Without that, it’s impossible to have the real conversation we need to be having about fatness, which has absolutely nothing to do with morality or self-control.

But now I think we’re well past time for the next important conversation, the one about why obesity happened in America in the first place — and why it’s now happening all over the world. None of this is random: it’s a very, very deliberate corporate strategy, like the one the American tobacco companies used to use to get Americans — and then foreigners — addicted to cigarettes.

Basically, this is some serious shit.

Can we have this next conversation without causing more pain and misery to fat people — and without being sucked into the same culture war vortex into which everything else disappears these days?

I hope we can. Because on this issue, America is currently leading the planet in the wrong direction.

It would be nice if we openly admitted that — and then did everything we can to reverse it.

The legacy of Black LGBTQ leaders is at stake