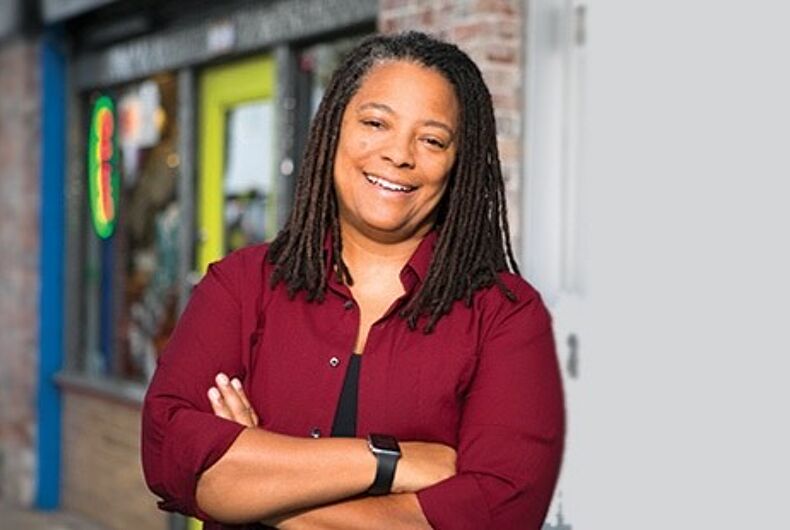 Their genius has played a pivotal role in reimagining society, transforming entertainment, and challenging the political status quo. Simply put: American history is incomplete without the legacies of Black LGBTQ people.

But while many of us spend February honoring those legacies, celebrating those achievements, and deepening our understanding of the contributions of Black people throughout history, cynical political leaders are desecrating Black History Month by waging war on truth and censoring conversations about our nation’s history of racism and injustice to ignite right wing fervor ahead of the next election cycle.

Propagandizing history and whitewashing who we are as a country is not a new political tactic. In fact, public education has long been a political battleground for right-wing extremists determined to undermine one of our most critical institutions and cement white supremacy into the fabric of the nation.

But these new assaults are among the most brazen attempts to paint over American history in recent memory.

The play is simple: stoke racist fury among the most extreme parts of the Republican base in order to propel themselves to reelection – or higher office.

But the inevitable impacts are terrifying. In Florida, the Stop WOKE Act (HB 7/SB 148) would turn the Florida Civil Rights Act on its head, giving license to sue schools and employers if their accurate discussions of the history of racism, bigotry and injustice in America cause “discomfort.”

The history of violence against Freedom Riders could be scrubbed to avoid making a child wonder what great-grandpa was doing in the 1960s or if their family ever lived in a Sundown Town that banned Black travelers at nightfall.

The direct link between redlining and economic disparity could be scrapped lest a white person might feel a tinge of guilt. And sexual harassment prevention trainings could be watered down or eliminated for fear that a disgruntled employee may exact their revenge via a lawsuit for “discrimination.”

Our fight now is not only to resist the propagandizing of our history but to preserve the legacies of Black LGBTQ leaders whose names are among those threatened with erasure from the heavy hand of Gov. DeSantis and leaders like him across the country.

It is to ensure that future generations of Black LGBTQ people see themselves where they belong: squarely in the pages of American history books as irreplaceable contributors to the fabric of society.

It is to ensure that we do not doom the next generation to repeat the mistakes of our past by shielding them from the uncomfortable truths about who we have been.

This Black History Month finds us at a critical crossroads. One path takes us toward censorship and surveillance with books banned, classrooms surveilled, curriculum turned to propaganda.

The other path finds us resisting these authoritarian threats, protecting truth, and ensuring that future generations feel empowered to build on our advancements and carve out their own places in history.

Nadine Smith is the executive director of Equality Florida, the largest organization in the state dedicated to ending anti-LGBTQ discrimination.

America is very fat & the rest of the world is getting fatter too. Does it matter?