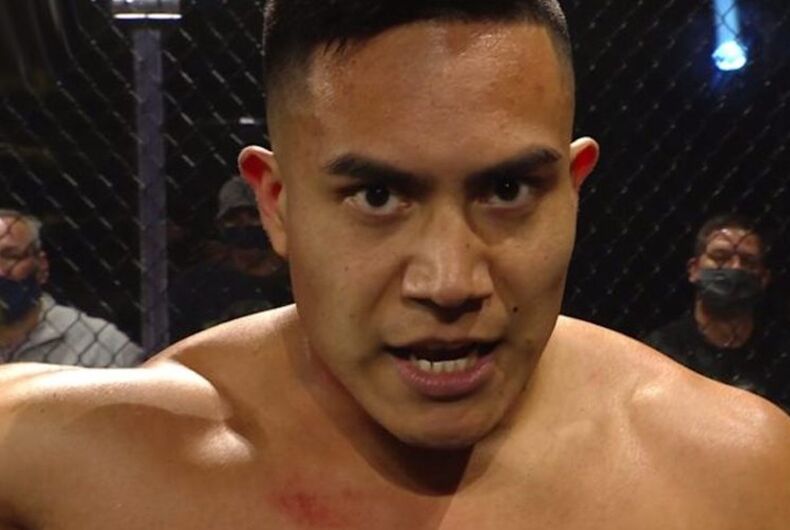 “If only everyone knew every detail leading up to this. This means everything to me,” Atlas said in a January 4 Twitter post announcing his return. “Cliché but I REALLY have a lot to prove now. This year, whether you love me or hate me, you’re going to know me. It is what it is. Superstar is back. ”

Atlas joined WWE in 2018 and stayed under contract with them until August 2021. The following month, he wrote on Twitter, “I’m stepping away from wrestling completely right now. At 26 years old, I’ve got my entire life ahead of me and I’m choosing to explore completely different industries to find my passion again.”

About his time in WWE, he said, “Unfortunately, it was unhealthy for me the entire time. I just learned how to hide it really well,” adding, “I hope that friends and fans I’ve made alike continue to support me no matter what,” Outsports reported.

Atlas has long been open about his mental health struggles with depression and anxiety. He said he contemplated suicide after a potentially career-ending broken neck injury in 2015. His return to the ring could give him a greater platform to talk openly about mental health, a rarity in pro-wrestling.

If only everyone knew every detail leading up to this. This means everything to me. Cliché but I REALLY have a lot to prove now. This year, whether you love me or hate me, you’re going to know me. It is what it is. Superstar is back. ✨

He began learning about wrestling at age seven, after seeing a lucha libre wrestling match with his parents and older brother. His background in gymnastics and cheerleading helped him transition into professional wrestling in 2014. By 2016, he made his pro-wrestling debut in the Santino Bros Wrestling Academy in Los Angeles, California.

He experienced self-loathing homophobia growing up, actively bullying boys he felt attracted to, he said.

His initial coming out to his family in 2010 also didn’t go very well. “There were tears, silence, negligence and hate cast all over my small family for months and years to come,” he said.

He worried that coming out might keep him from competing in WWE, his life’s dream. “Wrestling is also a very masculine sport that is sometimes not the most progressive,” he said. “I was afraid of any hate, backlash and rejection from it.”

Nevertheless, Atlas came out in a January 25, 2018 tweet stating that he wanted to come out “to be a voice for those that struggle with this issue like I have for many, many years; to be a voice that reminds everyone in the same shoes that there is nothing you cannot achieve.”