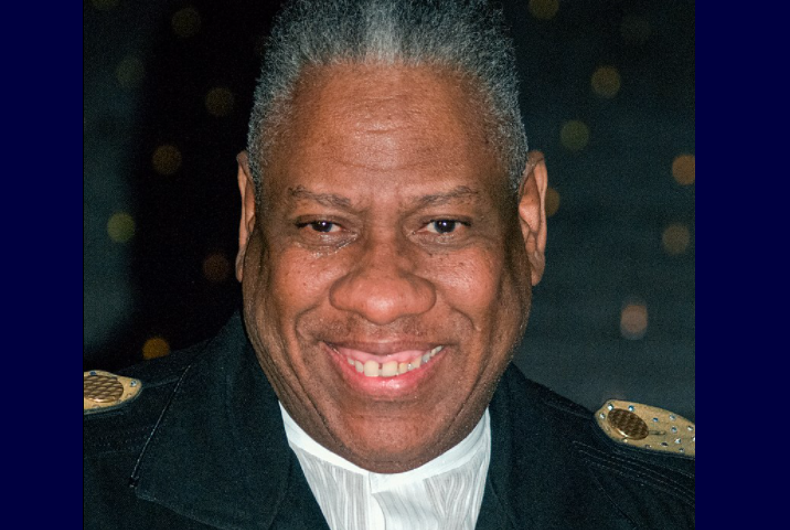 André Leon Talley, an icon of fashion journalism, has died at the age of 73.

Best known for his roles at Vogue as creative director and editor-at-large, which spanned from the 1980s to 2013, he has long been considered one of the fashion industry’s most prominent figures.

Related: Looking back at the time Madeline Kahn put drag on primetime TV in the 80s

Talley’s incredible career led him to work with everyone from Andy Warhol to Oscar de la Renta to Michelle Obama.

Beyond his work at Vogue, he was the Paris bureau chief of Women’s Wear Daily, a judge on America’s Next Top model, artistic director for Zappos, and also worked for Vanity Fair, Interview, Ebony, and more. He was also the subject of a 2017 documentary, The Gospel According to André.

The announcement of his passing on his Instagram page described him as “larger-than-life” with “a penchant for discovering, nurturing and celebrating young designers.” It also said he was a “close confidant” of fashion giants like Manolo Blahnik, Karl Lagerfeld, Diane von Furstenberg, and Yves Saint Laurent.

“No one saw the world in a more elegant and glamorous way than you did,” she wrote, adding that “no one was more soulful and grander than you were” and that “the world will be less joyful now.”

Talley described himself as sexually fluid and held an important place in the the LGBTQ community. He was also known for working to uplift Black designers and models.

Talley was famous for his boundless knowledge of all things fashion, his flamboyant style that was often described as regal, his ability to smash through barriers and rise to the top of a white-dominated field, and also for being unapologetically himself.

“I was smart, and I showed it,” he once told NPR. “It goes back to when people can’t figure out who you are and are afraid of you — and as you boldly, with confidence, show who you are to the world, certain people just have the fear of seeing someone tall and Black suddenly come on the surface.”

Talley was born in 1948 and raised in Durham, North Carolina by his grandmother, who worked as a maid at Duke University. His love of fashion began when the two of them attended church together and he noticed the variety of styles adorned by those around him.

The news of his death has led to an endless stream of tributes from the celebrities and designers who have worked with him.

“André Leon Talley was a singular force in an industry that he had to fight to be recognized in,” Talley’s friend, Ford Foundation President Darren Walker, told the New York Times.

“R.I.P dearest Andre. Without you, there would be no me,” wrote British Vogue editor-in-chief Edward Enninful on Instagram.

“For a little black gay boy who reached for the stars from the south there were few people I could look up to up there amongst the stars who looked like me just more fab except for you Andre,” O’Harris wrote. “For a generation of boys Andre Leon Talley was a beacon of grace and aspiration.”

For a little black gay boy who reached for the stars from the south there were few people I could look up to up there amongst the stars who looked like me just more fab except for you Andre.

For a generation of boysAndre Leon Talley was a beacon of grace and aspiration. RIP 👑 pic.twitter.com/9MzNkKNl45

Transgender insurrectionist slapped with serious sedition charge. She could go to jail for decades.