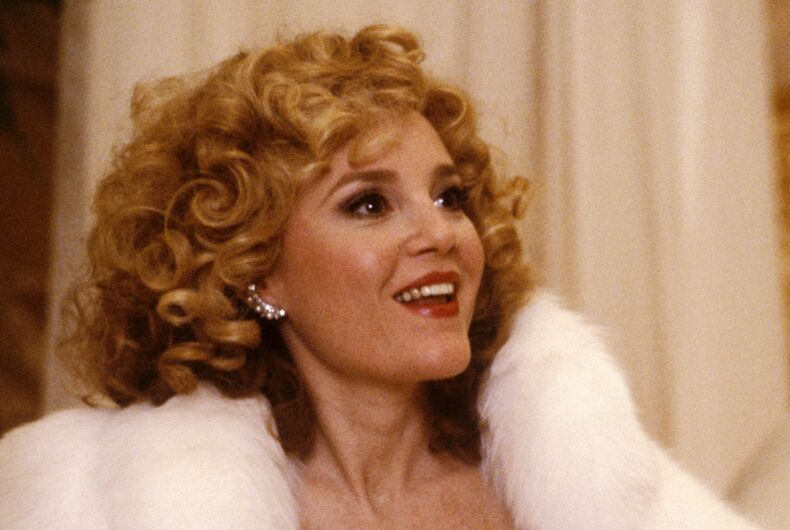 We all know Madeline Kahn for her fabulous film roles. But did you ever hear about the time Madeline Kahn used a failing sitcom to introduce America to radical queer theater, convincing ABC to broadcast an appearance by one of the most subversive drag artists in the country?

The TV nostalgia series Culture Cruise is taking a look at the 1983 show Oh Madeline, and how drag artists like Charles Ludlam, Charles Pierce, and Charles Busch revolutionized queer theater.

Madeline Kahn’s sitcom Oh Madeline never managed to get good ratings, and it was clear that the show would be canceled in its first season. So before it went away, Madeline insisted that they write an episode for her old college friend Charles Ludlam, who helped create a new queer theater movement in New York before Stonewall. It was a bold move — there was virtually no drag on television in the mid-80s.

And in a curious coincidence, there have been two other drag artists who blazed a path for your drag faves — and they were all named Charles. Charles Pierce and Charles Busch have similarly groundbreaking contributions, with performances that pay tribute to grand dames of the past in much the same way we see on Drag Race’s Snatch Game stars.

Republican attacks on trans youth are destroying their mental health