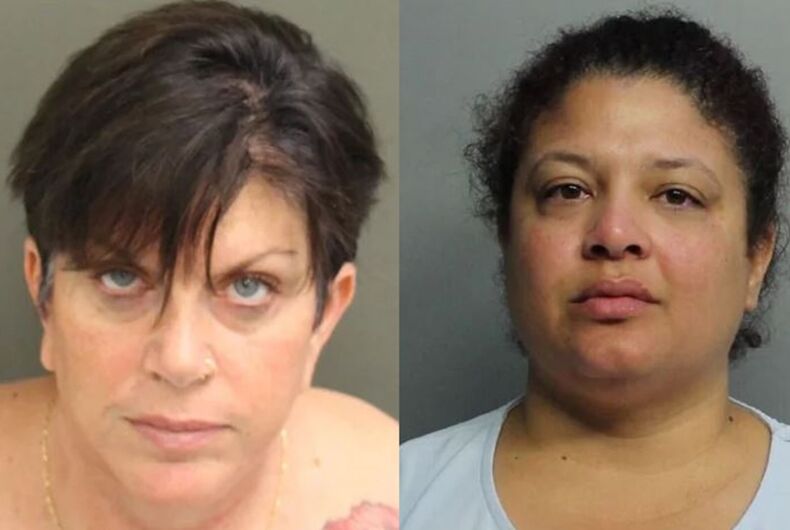 Lisa Dykes and Nina Marano have fled after posting bond to get out of jail. The lesbian couple, along with their former roommate, is accused of murdering a 23-year-old woman.

The two women cut off their ankle monitors within moments of each other on Christmas Day, but authorities weren’t alerted until 10 days later.

Dykes, Marano, and Charles Beltran are accused of killing Marisela Botello-Valadez. She was last seen with Beltran.

The victim had traveled from Seattle, Washington to Dallas, Texas to see her ex-boyfriend when she reportedly met Beltran at a bar. Her remains were found six months later in a wooded area south of the city.

Authorities say phone records led them to the apartment.  After searching the apartment, investigators found that while the carpet had been cleaned recently, traces of Botello-Valadez’s blood were left in the matting under the rug.

The two women fled Texas after learning they were under investigation and were arrested in Florida before being returned to Dallas. They both posted $500,000 bonds and placed under house arrest.

While the GPS signal on their monitors went dark on Christmas Day, officers didn’t start to call, text and email until two days later. Finally, on January 4, the Dallas County authorities were notified that the two had fled, giving the duo a ten day headstart.

“They got to spend the holidays together, I assume, in the comfort of their house instead of being locked away,” Dennesly Castillo, Botello-Valadez’s aunt, said. “We don’t have that option. We don’t have the option to ever be able to sit there with Marisela again and celebrate or be out and about.”

“I would really like some sort of explanation,” Castillo said. “If they had posted that they were missing sooner, they may have been able to find them.”