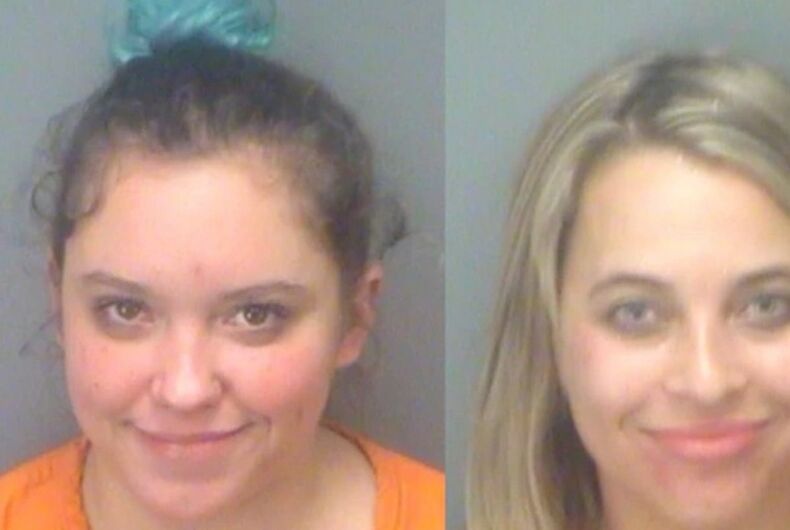 Two Florida women have been arrested after they invaded a man’s apartment and “glitter attacked” him.

The bizarre assault started shortly before 3 a.m. when Kaitlin O’Donovan and Sarah Franks started arguing with a man who was on the balcony of his apartment. The two women do not live in the apartment complex.

Franks reportedly threw a container of glitter at the man, hitting him in the torso and head with the bottle. She then climbed over the balcony railing and followed him into his apartment where she threw more containers of glitter at him.

Not satisfied with her retribution, Franks unlocked the man’s front door allowing O’Donovon access to the apartment. O’Donovan joined Franks in hurling containers of glitter at the unnamed man. Before the two left the scene, Franks kicked out one of the apartment windows.

Authorities discovered Franks’ vehicle nearby and the arrest warrant states it was “still warm to the touch.” Glitter was found all over the inside of the vehicle.

The police report does not state how many containers of glitter the two women could possibly have had or why. The motive is also unknown, with officials stating that it did not appear the two women were under the influence of alcohol or drugs.

The women were booked into the Pinellas County Jail, but were released on $75,000 bond each.