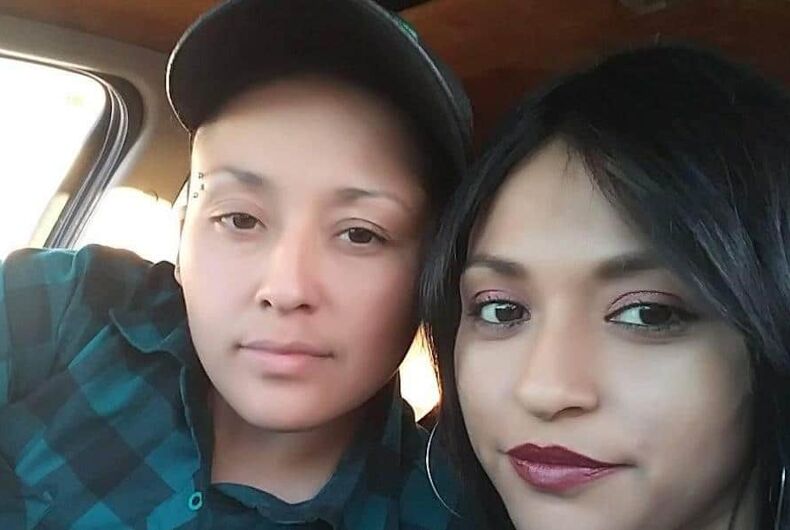 A married lesbian couple from El Paso, Texas was found murdered and dismembered while visiting family in Ciudad Juárez in the Mexican state of Chihuahua.

Nohemí Medina Martínez and Yulizsa Ramírez, both 28-years-old, got married in July 2021. They left behind three young children.

They were last seen by their family on January 15. Their bodies were discovered 17 miles apart from one another in garbage bags on the Juárez-Porvenir highway the next day.

Karen Arvizo, president of the Chihuahua Sexual Diversity Committee, believes the couple’s deaths were a hate crime due to their sexualities.

“It was an exaggeratedly violent crime,” Arvizo said, “and due to the situations that are marked it seems that it is a hate crime because there were sexual assaults, so that is why we are considering it apart from two femicides, a hate crime for sexual diversity.”

The governor of Chihuahua, Maru Campos, vowed that this crime “will not go unpunished” and said that “as governor and also as a woman I have said it, I have promised it.”

Arvizo, however, is not confident the killer will be found or face consequences.

“The concern is that authorities will absolutely do nothing. We feel like we are treated like second-class citizens and that we really don’t matter.”

As of now, no one has been arrested and it has not been announced if there are any suspects.

The couple’s deaths are part of a slew of murders taking place in the area this year.

Since 2022 began, at least nine woman have been killed in Ciudad Juárez and Valle de Juárez, Diario reports, amounting to about 1 murdered woman every 45 hours.

The city government is reportedly planning to meet to create a new strategy to curtail this massive level of violence along the border.