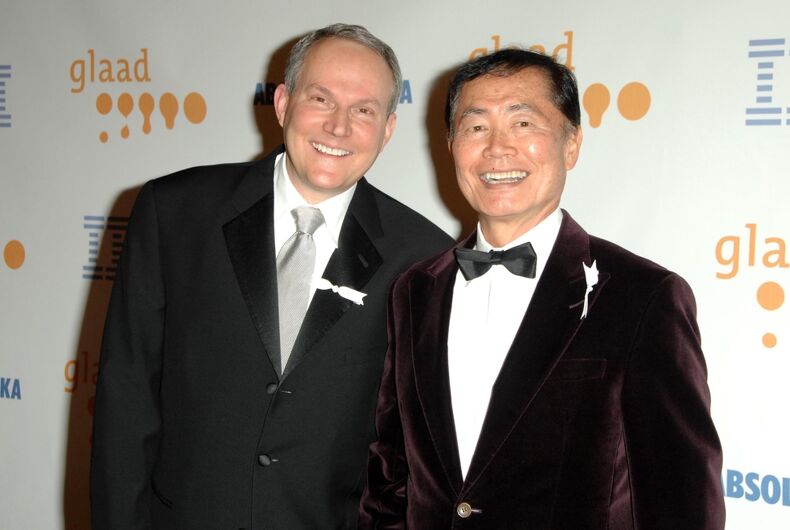 A gay message from out actor George Takei is at the top of Reddit’s “r/all” page – the list of the most popular posts on the social media platform – and people are loving his queer words of wisdom.

“Change is possible, even if it takes time,” Takei wrote in a tweet that was crossposted to Reddit. “When I was younger, Asian men couldn’t legally marry white women.”

Related: Uncle George Takei admits he regrets not being a father. Then the internet responds.

“Now look at me, I married a white dude.”

Takei was referring to his husband Brad, who he married in 2008. They were the first same-sex couple to apply for a marriage license in West Hollywood that year after the California Supreme Court ruled that the state had to recognize same-sex marriages. That decision was later rescinded with a ballot measure, Prop 8, that itself was later overturned in federal court.

The tweet, originally sent in May 2021, has proven such inspiration that the screenshot has rocketed to the top of Reddit months after it was sent.

“I really love George’s positivity and outlook,” wrote the top commenter, who brought up how Takei’s family was forced into an internment camp during World War II. “Especially given how horribly this country treated him and his family during WWII, and after.”

“This guy is now going to have to make it to 100 years of age,” joked another commenter. “He is our Betty White now.”

“Ohhhh my,” wrote another person.

Change is possible, even if it takes time. When I was younger, Asian men couldn’t legally marry white women.

Now look at me. I married a white dude.