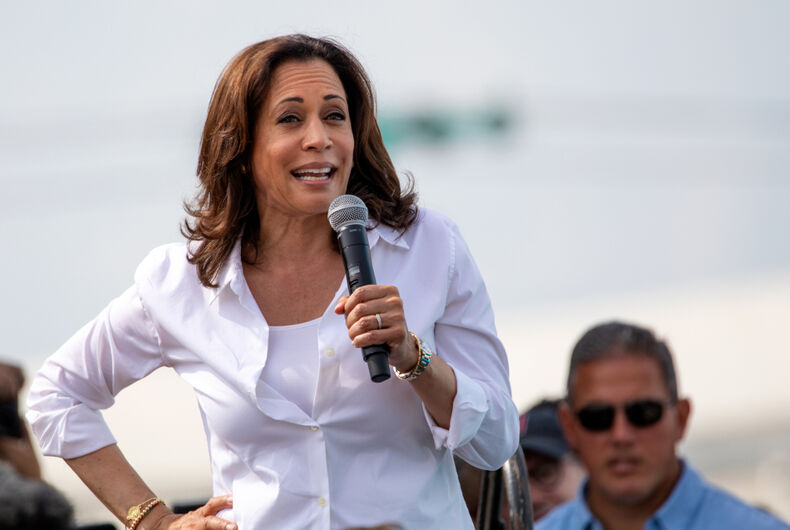 A Fox News pundit said that Vice President Kamala Harris is having “a typical female problem,” and was shouted at by the women co-panelists on Fox’s The Five.

Jesse Waters was talking about Harris’s recent comments that she needs to get out of the “D.C. bubble” more in a meeting with some of the most influential Black women in America last month, referring to how COVID has stifled her desire to travel more and meet voters, replacing in-person meetings with Zoom meetings.

Related: Jen Psaki said racism & sexism are behind “harsher” criticism of Kamala Harris from the right

Her reported comments are similar to what she said in a December interview with CBS, where she said she considers it a failure “to not get out of D.C. more” since taking office.

“A large part of the relationship that the president and I have built is being together in the same office for hours on end, doing Zooms or whatever, because we couldn’t get out of D.C.,” she continued.

While many Americans – regardless of gender – can relate to the exhaustion and isolation that comes with endless Zoom meetings, Watters on Fox’s The Five decided that “this sounds like a typical female problem.”

“They say the first female vice president comes in there and every single article is about her feelings!” he said as co-hosts Jeanine Pirro and Dana Perino shouted at him to stop.

“She feels this way, she feels sad, she feels…” Watters mocked. “She chose this job! She ran for president, she said yes to VP. And every article is, ‘She’s sad.'”

Pirro shouted “stop” and Perino started her response by noting that “Part of that is the media.”

Harris never said that she was sad in either the reported private meeting comments or in the CBS interview. Harris just expressed an understanding of how the pandemic affected her work and showed a capacity for self-criticism, which are both things one would hope a public servant of any gender would be able to do.

Dana and Jeanine quickly try to cut him off. pic.twitter.com/o8oqITN5bl