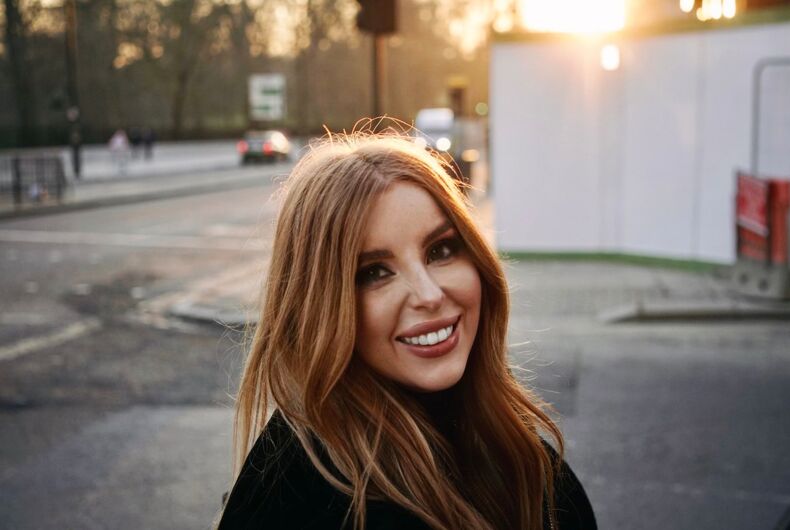 Living in a small town isn’t always easy as an LGBTQ person. It can be isolating, make people feel trapped and unable to be their true selves. However, that doesn’t mean the future is destined to be miserable.

Read these stories from people who have moved out of their small towns and found freedom in big cities.

Dinesh grew up in a relatively conservative Gujarati Hindu household. He was raised in a tight-knit community where everyone knows everyone and no one wants to be seen to go against the norm. Any ‘different’ aspects of his personality were far from celebrated, and any aspirations for him to just be him fell on deaf ears.

His family, most notably his grandmother, really pushed home to him the elements of culture, tradition and religion. As a child these elements seemed jovial and lively to him, but as his understanding grew of his faith and culture, he found his own relationship with his heritage.

“It may seem odd in a way that I kind of never had a coming out moment. I explored myself and learnt more about myself through my experiences. I lived as my true self in every parameter of my life, and at home I was just me too. My identity wasn’t discussed, but in a way it didn’t matter to me, not out of a dismissive place or malice, but because I did as I pleased everywhere else and I believed nobody had the power to judge me or stop me from doing that,” Dinesh shared.

However, this element of judgment became an issue as both his personal and professional life evolved. All of a sudden, he was judged for his lifestyle and looked down upon. Many thought that his lifestyle did not or could not coincide with his faith or culture and professionalism, simply thinking his viewpoints were naive and uninformed because he was young.

So, Dinesh moved to London and started his own business at just 15.

“I am a very proud Brit but I’m also a very proud Indian man and growing up in the UK,  experiencing the culture and heritage that seemed diluted with judgment and unnecessary conservatism, left me longing to experience a missing part of myself.”

So, he started traveling India, absorbing everything he could from the food culture to the heritage, learning a great deal more about his faith and, in turn, discovering a missing part of himself.

“Experiencing gay culture in India was interesting. Being bombarded by Asian communities in the UK with judgment made me feel as though I would be experiencing the same within India. But to my surprise, it seemed like gay culture was thriving, as so many individuals were expressing their true selves. I was used to things being underground with conservatism prevailing to a degree, but in Mumbai there did seem to be an air of acceptance and change.”

Dinesh was astonished by the resilience of queer-identifying people in India, and their acceptance of anyone into their community seemed far more advanced anything he’d experienced previously.

He has since found many south Asians within both India and the UK reaching out for guidance and advice on navigating the often tumultuous road between culture and their queer identity. He said it’s been eye-opening, but it made him want to be there for more people.

Dinesh now feels more comfortable in his identity than ever, as a gay man, a practicing Hindu and Gujarati Indian, who is also British and loves to cook. These aspects of his personal identity aren’t ones he feels he needs to prove to anyone.

“It makes me really happy to see change, and how so many south Asians are now reaching out to guide and support others. I’ve had quite a rollercoaster ride of a life over the last six years, but I feel very fortunate for all of that. I really encourage anyone struggling with their identity to reach out and connect with others. The melding of south Asian culture and our faiths and heritage with a queer identity at times seems daunting, but it doesn’t have to be. I believe that you can live life as your true self, and no one has the power to take that away from you.”

Sion grew up in a small village and was quite literally ‘the only gay in the village.’

However, he didn’t fully realize his sexuality until he grew older, as growing up in a small village meant he didn’t think being gay was ‘a thing.’ He didn’t think it could be a part of his life.

“Quite simply, the concept of being gay did not exist for me. It was hidden in the media for the most part, and was not apparent in day-to-day life. I had never knowingly met or spoken to another gay person living in my small village or indeed in the neighbouring towns, perhaps if I had I might have had a moment of realization sooner,” he said.

Given that he did not have an awareness of people being gay or that gay relationships existed, Sion did not follow the common story of coming out in a small town and escaping to the big city. In fact it was quite the opposite.

He left his small village and headed to the big city for university, while very much still in the closet.

It was during this time he met people from all walks of life, as his eyes were finally opened. Sion found himself in the right environment with the right people, and felt safe to start exploring his sexuality.

It wasn’t until a year later when he properly came out, after going to a gay club with his housemates and waking up the next morning with a shifted mindset and sense of clarify the next morning.

“A month later I came out to my friend in strictest confidence and he subsequently made it his mission to get me out for our final night out of our first year of university – that night I met my now husband.”

Fast forward seven months of dating and coming out to friends and family one by one, Sion had finally made it fully out of the closet with a new boyfriend in hand.

“It scares me to think how things would have been different and much more difficult had I not had the chance to change my environment from small village to big city,” he admitted.

Fast forward again 13 years, and he’s now living his best life alongside his husband. He gets to travel the world and share his experiences with other LGBTQ people in a bid to make the world safer and coming out easier than it was for him – he wouldn’t have it any other way.

“Growing up in a small town can often make you feel far more visible as an LGBTQ person. I didn’t realize this would be the case until I tried to come out at the age of 15,” shared Emilie.

Her coming out didn’t go as well as she had hoped and she felt under a lot of scrutiny, that people saw her as deviant and exotic and, in some cases, threatening. It was attention she hadn’t counted on and certainly didn’t enjoy it.

“The sort of books and films I was into growing up featured positive responses to characters being their authentic selves. And these characters were often rewarded with love, excitement and adventure. But life just went on for me. Nothing remarkable happened, and sometimes it felt the big queer life I should be leading was happening somewhere without me.”

This prompted her to move away from the sleepy countryside and start afresh in a big city.

Once she had settled, her anxiety over being judged, outed or feeling like her authentic self wasn’t welcome began to decrease.

She no longer felt like she was ‘standing out,’ because the city hosted such a mix of people, and she could see herself everywhere. She says it was ‘joyous’ to develop self confidence and, a decade later, that confidence sticks with her no matter where in the world she is.

“All the queer spaces and events I got to immerse myself in gave me the courage to come out for a second time a few years ago. I had the privilege of marching at London Pride, I was openly dating, my family and friends and everyone at work knew who I was, and no one had any issues. It was great.”

Emilie stresses that she has to continuously come out to new people in new situation, but thanks to the incredible reactions she’s had to bring who she is, that gets easier every time, something she believes her move to the city is responsible for.

Internalized homophobia: What is it? And how do you overcome it?