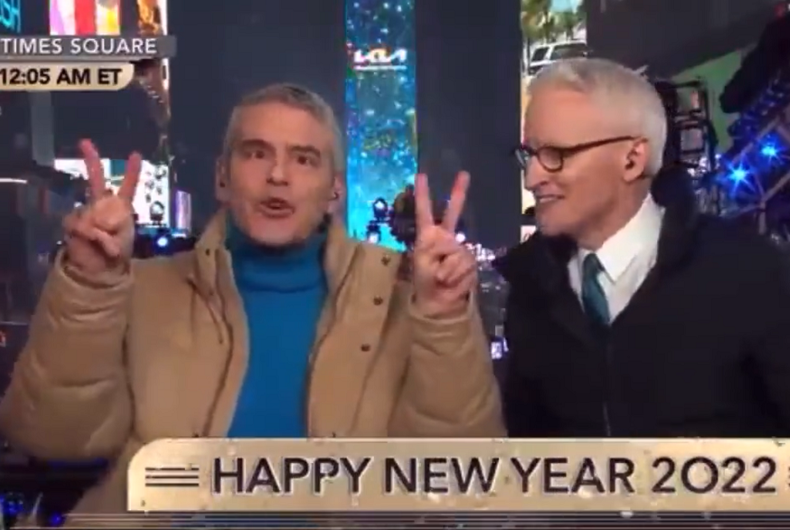 “Watching Mayor de Blasio do his victory-lap dance after four years of the crappiest term as the mayor of New York!” slurred Cohen as Cooper tried to stop him.

“The only thing that Democrats and Republicans can agree on is what a horrible mayor he has been,” he continued. “So sayonara, sucka!”

“2022! It’s a new year, because guess what? I have a feeling I’m gonna be standing right here next year, and you know who I’m not going to be looking at dancing as the city comes apart? You!”

“That’s how you want to start the New Year?” Cooper joked nervously.

The next day, Cohen tweeted that he was “a bit overserved” that evening.

“It’s just great when New York shows the entire country how we come back,” Adams told a crowd gathered at Times Square just after he was sworn in. “You know, we all lived through our Pearl Harbor moments. It may be the Great Depression, the attack on Pearl Harbor, it may be COVID. But the reality is the resiliency of our city and our country, we show the entire globe what we’re made of. We’re unbelievable, this is an unbelievable city and trust me, we’re ready for a major comeback because this is New York.”

De Blasio and his wife Chirlane McCray were in the crowd at Times Square.