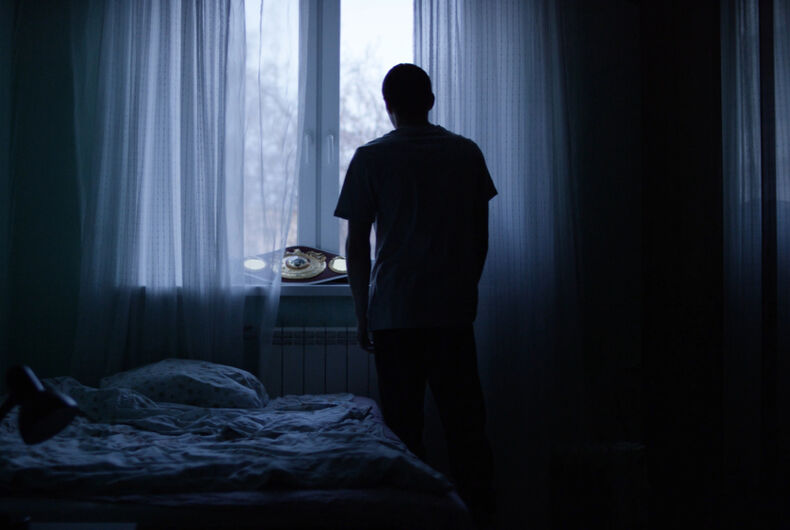 Members of a transgender advocacy group were kicked out of a Marriott hotel in Montgomery, Alabama after they reported being harassed by a drunk guest yelling anti-trans slurs.

Staff of The Knights & Orchids Society, Inc. (TKO) were staying at the SpringHill Suites Montgomery Downtown during a work retreat when one of the employees “was assailed with transphobic slurs and her life was threatened by a guest at the hotel,” TKO said in a statement posted to Facebook.

“When she approached the hotel staff to ask for help,” the statement continued, “not only did they fail to report the incident but she was also told that she would be arrested along with the perpetrator. The man who was harassing her, was visibly drunk with open containers, publicly humiliated her by misgendering her and threatening her anytime he saw her.”

The front desk staff then told TKO’s executive director that the group would have to leave. The aggressor ended up being temporarily detained by police but was ultimately allowed to stay at the hotel.

The incident was also witnessed by the groups’ youth ambassadors.

“One of them let us know that they have been considering transitioning but they feel it’s far too dangerous to be Black and openly trans,” the statement said. “Our trans youth can’t envision a future where they will be safe because instances like this happen far too often and can lead to even worse outcomes.”

The group blasted the hotel staff for adding “more fear into the hearts of trans youth.”

After the group spoke out, support has been pouring in.

“I am disappointed to hear about the treatment of The Knights and Orchids Society on a recent visit to our city,” he said. “Discrimination — of any kind — is unacceptable. We are committed to working with our partners to be a more inclusive community. This shows us the hard work remains.”

I am disappointed to hear about the treatment of The Knights and Orchids Society on a recent visit to our city. Discrimination — of any kind — is unacceptable. We are committed to working with our partners to be a more inclusive community. This shows us the hard work remains. SR

A few days after telling their story, TKO posted again to celebrate that they have planned a meeting with the hotel for next month to discuss the incident.

“This wouldn’t have been possible without community,” TKO said, “and we are so grateful for each of you for helping us.”

“Trans violence (especially violence toward Black Trans women) is often ignored, or the blame is placed back on the victim. Not this time.”

Unfortunately, the group also found some support they weren’t looking for, posting that a protest planned outside the SpringHill Suites did not involve the TKO at all.

“This isn’t us nor did we plan this,” they wrote, emphasizing again that they are planning to meet with the hotel next month. They added, “This isn’t okay. This is why we urge ‘allies’ to take cues from the folks impacted.”

A statement from SpringHill Suits in response to the incident expressed the company’s commitment “to providing  an environment where all of our guests and employees feel safe and welcome.”

Proposals, hugs and mittens: 9 of this year’s most feel good stories will make you smile