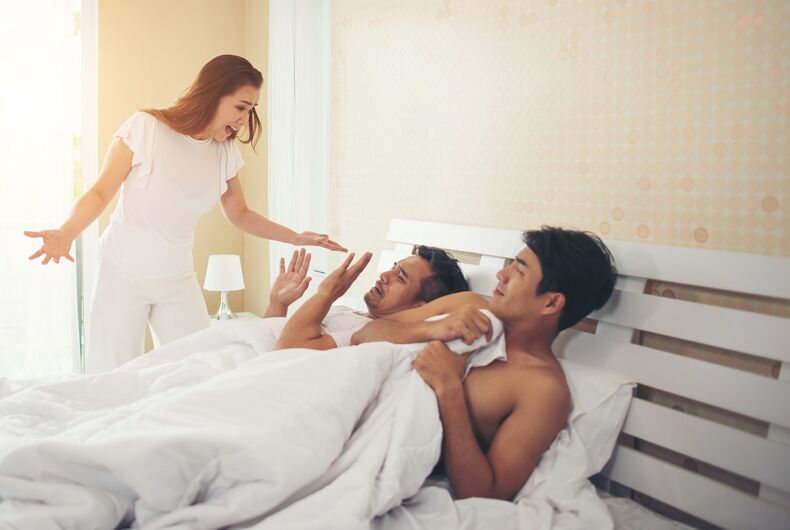 A study from Australia’s University of Sydney has found that people who identify as straight may be more fluid than they think.

Published in Nature’s Scientific Reports, the study asked straight-identifying participants to read one of two articles on the concept of sexual fluidity and the way sexual orientation can exist on a spectrum and change throughout one’s life.

Compared to a control group, participants were 28% more likely to identify as non-exclusively heterosexual after reading the first article on how sexuality exists on a spectrum, with 19% saying they were now more likely to engage in sexual activities with someone of the same sex, a press release reported. To put it another way, the number of people identifying as “non-exclusively heterosexual” increased by more than four times after reading the article.

The press release said the second article–which was about the way sexual orientation can be fluid throughout one’s life–had weaker effects but still yielded similar results.

The study’s authors do not believe that the articles contributed to changing anything about the participants’ sexualities. Rather, they explained that the exposure to the information allowed the participants to understand their sexualities in a different way.

“Did we change people’s sexual orientation via our interventions? Surely not,” said the study’s lead author, Dr. James Morandini. “I think our study may have changed how people interpreted their underlying sexual feelings. This means two people with identical sexual orientations could describe their sexual orientation quite differently, depending on whether they have been exposed to fluid or continuous ways of understanding sexuality.”

The study’s senior author, Associate Professor Ilan Dar-Nimrod, said the results are not surprising because “non-exclusive heterosexuals” (or people who identify as mostly straight but are sometimes attracted to those of the same sex) are actually the largest same-sex attracted group, more than those who identify as bisexual, lesbian, or gay combined, according to a 2019 study.

Despite its size, Dar-Nimrod explained, this group is “not well captured in our society’s representations or even vernacular.”

In short, knowledge is power, and at least according to this study, arming people with information about sexual orientation seems to contribute to greater sexual openness and make people feel less like they have to fit perfectly into a specific box.