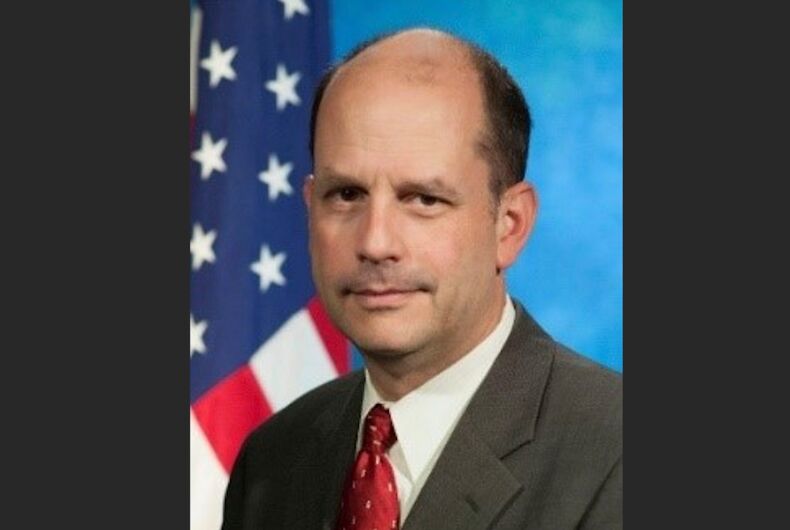 This week, the U.S. Senate confirmed Christopher Lamora, an out gay man, as the ambassador to Cameroon, even though homosexuality is illegal in the country.

Lamora has been serving as Deputy Chief of Mission at the U.S. Embassy in Ghana, is a longtime member of the Senior Foreign Service, and has held many other diplomatic roles.

Despite the criminalization of homosexuality in the country, some Cameroonians have celebrated his appointment.

In reality though, homosexuality is a criminal offense and it is still being enforced. It can lead to up to five years in prison.

Not everyone is as excited about Lamora as Nkom, either. In the wake of his nomination, a Cameroonian Catholic priest, Etienne Bakaba, reportedly released a statement that said the Cameroonian government should refuse to accept Lamora as ambassador due to his sexuality.

“In 2015, the Pope refused a gay ambassador to the Vatican,” Bakaba said. “Shouldn’t the Cameroonian state refuse the accreditation of the gay ambassador that Joe Biden is sending us? As a reminder, homosexuality is a crime according to Cameroonian law, the divine natural law.”

In his statement to the Senate Foreign Relations Committee in June, Lamora thanked his husband, Eric, and addressed some of the “significant challenges” he said Cameroon currently faces, including an increase in violence in certain areas.

“No one undermining peace in Cameroon has our support or tolerance,” he said, “whether members of the security forces or of armed separatist groups.”

He did not mention LGBTQ rights specifically but said there is “still substantial work to be done to promote democracy and human rights.”

The Biden Administration has appointed a record number of LGBTQ officials and continues to build a reputation of being the most LGBTQ-inclusive administration in history.

There’s finally some good news out about the Biden administration