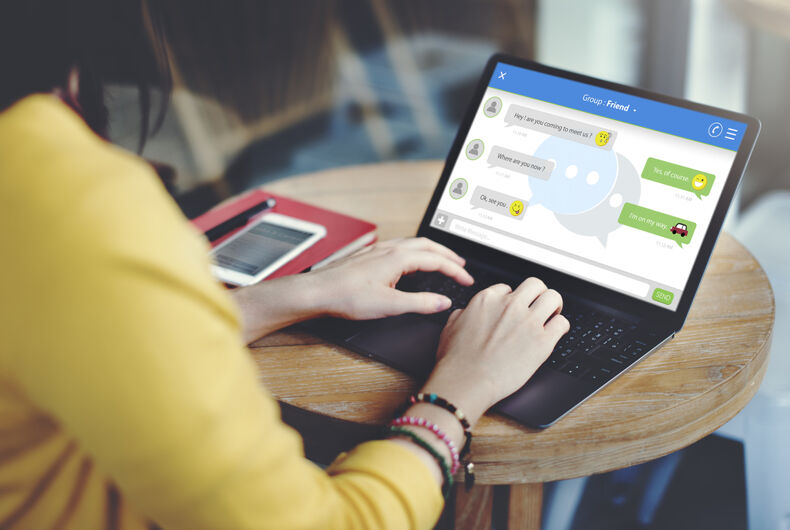 In today’s digital landscape, you may come across a plethora of unfamiliar acronyms and abbreviations. These include tone indicators, a communication tool that is popularly used on platforms like Reddit and Discord.

But if you’re not a Gen-Z-er, some of these abbreviations might leave you feeling confused and asking, “what does /s mean?” Still, learning the meaning behind these symbols and letters is relevant if you want to be a better online communicator.

There are so many tone indicators on the internet that talking about them in just one guide is just as much a challenge to us as it is to you! So, in this article, we’ll be narrowing it down and answering the pressing question: what does /s mean? We’ll also take a closer look at its significance and tell you how to use it in online discussions.

A Quick Overview On Tone Indicators

When speaking to someone in person, many non-verbal factors such as the tone of voice or body language can quickly change the meaning of a sentence. However, this is much harder to interpret through chat or text, making the use of tone indicators necessary. These indicators allow online users to convey emotions and intent through written text.

To better understand the abbreviation /s, we need to go back in time and put it into context.

Contrary to popular belief, tone indicators have been around long before the internet. In fact, they go way back to the 16th century when Henry Denham first used them. A Royal Navy officer, Denham, introduced the percontation point, which was a mirrored version of the common question mark. He intended for the percontation mark to indicate sarcasm in print, which eventually led to the inception of other irony punctuation marks.

As you can probably tell, the old, reliable percontation mark never entirely lost traction, and you’ll see it nowadays in the abbreviation /s (or, in some cases, with angle brackets like /s/). So – what does /s mean? Like the percontation mark, it denotes sarcasm.

Today, you’ll often see it in conjunction with the indicators /rh or /rt, which indicate a rhetorical question. Both of these indicators help prevent misunderstandings on the web and other non-voice communication channels.

While anyone can use tone indicators, they are especially handy for online users who are neurodivergent or ND. Neurodivergent pertains to anyone who might have the following psychosocial conditions:

For neurodivergent people, deciphering subtle changes in tone can be challenging, even in person. So, tone indicators can be beneficial when you need to spell out what you mean!

What Is The Significance Of /s?

Have you ever misinterpreted a sarcastic statement to mean something serious? Don’t worry, you’re not alone. When it comes to tone and context on the internet, sarcasm is often the most challenging to interpret – let’s take a closer look at why that’s the case.

To understand the abbreviation /s, you first need to better grasp what sarcasm is. The dictionary definition of sarcasm is “words used to express something other than and especially the opposite of the literal meaning of a sentence.”

In most cases, most people will use sarcasm to give a positive sentence a negative meaning. So, for instance, if a friend of yours is running late, you might say, “Looks like you’re on time as usual,” passive-aggressively. In a face-to-face conversation, this annoyance might be very evident. But, online, you leave a lot up to interpretation without the benefit of facial cues and vocal tones.

Remember, in the matter of speech, between 70% and 93% of that communication is non-verbal. So, the best way to avoid insulting someone with sarcasm is to use the acronym /s.

Using the abbreviation /s in your writing is similar to using emojis. While not perfect, adding a smiley face to your sentence can give others peace of mind – especially when they think you’re being sarcastic. However, because people may use emojis differently or use them sarcastically, tone indicators are clearer and more useful in conveying your message.

Like many unspoken online rules, the use of tone indicators is not perfect. In fact, they can sometimes become problematic. For example, with sarcasm specifically, you can still come across as condescending even when you use the abbreviation /s. After all, it may look like you aren’t taking the other person seriously.

To keep users safe online, platforms like Twitter are updating their algorithms to detect tonal shifts like sarcasm. While its formulas can mainly identify rude and hateful language, what Twitter bots lack is semantic information. So unless you’re explicitly using the abbreviation /s or even tags like #sarcasm, there is still a lot of missing data and room for error.

For other people, the most significant problem with the /s abbreviation isn’t that it’s easy to misinterpret, but that it exists at all. For example, we mentioned before that tone indicators are beneficial to neurodivergent people, but they aren’t always necessary. In some cases, even neurodivergent internet users might find the abbreviation /s offensive or alienating.

How To Use /s & Other Tone Indicators

In the past, internet slang was mainly confined to words like “LOL” and “BRB.” Nowadays, you’ll find an entire dictionary for online slang and a Reddit community for its use. Aside from /s, some common tone indicators include:

These written acronyms can improve the way you communicate online. Keep these best practices in mind if you’re new to tone indicators and need help getting your message across.

One of the best ways to avoid getting your words twisted is to include the /s abbreviation when you are being sarcastic. Even a seemingly harmless post can be misleading, especially if your reader needs to read between the lines. So, play it extra safe by adding an /s tag to the beginning or end of your post.

Don’t Use Them Jokingly

While the /j tag does exist, using tone indicators as a joke puts many people at risk of misinterpreting your statement. Especially when participating in a neurodivergent web community, avoid using the /s abbreviation in jest.

While tone indicators exist to keep words from getting lost in context, you don’t have to use all of them at once. Keep your tags to an acceptable number, like one or two per answer. More importantly, use them only when they are relevant to your posts or answers.

Be Patient When Using Tags

Whether neurodivergent or not, it can be tough to tell when someone is being sarcastic online. Remember, meanings are often misinterpreted online, so be patient instead of calling someone out! If anything, you’ll learn how to use a specific tag or word better than before.

In this day and age, tone indicators are not just for Gen-Z-ers. Instead, they are a valuable sign for people who may not be familiar with online slang or consider themselves neurodivergent. Use them right, and you won’t have to worry about getting mixed up in the different meanings of specific phrases. If you came into this guide asking, “what does /s mean/” we hope you’re a little less confused!

Will pensions finally pay out survivor benefits they deny to gay & lesbian spouses?

EXCLUSIVE: Out model Milan Christopher explains how his little brother inspired him to stop trying to fit in