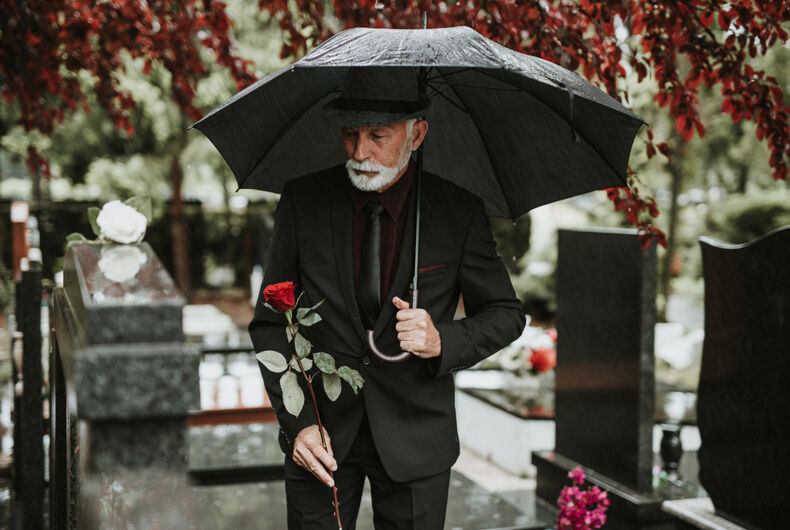 45 Democratic senators have signed on to a letter asking the IRS and Treasury to more fairly issue pension survivor benefits to LGBTQ spouses.

The letter, spearheaded by U.S. Senator Patty Murray (D-WA) and Senator Ron Wyden (D-OR), asks the two departments to update guidance implemented under the Obama Administration that allows some retirement plans to exclude LGBTQ couples who do not meet certain requirements.

Sent specifically to Secretary of the Treasury Janet Yellen and IRS Commissioner Charles P. Rettig, the letter explains that certain plans deny LGBTQ people the right to survivor benefits because they do not meet the requirement of having been married for a year before their partner passed away.

Many of them, however, were legally prevented from marrying before their partner died. For others, their partners died soon after they were finally able to marry.

LGBTQ couples in these situations are not being granted the same benefits even though, as the letter says, “they were in loving, committed relationships and would have married earlier if they could.”

“We should not let the echoes of the bigotry that robbed so many people of the right to marry for so long rob them once again after they have lost their loved ones,” it states.

The Senators went on to explain that the Social Security Administration (SSA) has already updated its own policies to address the limitations so many LGBTQ couples experienced before marriage equality was granted nationwide in 2015.

SSA, they explained, is now reconsidering survivor benefit claims from LGBTQ people whose partners passed before they were able to be married for the nine months required by the department.

“The IRS should do the same for pension survivor benefits,” the letter states. “Just as laws barring same-sex couples from marriage are unconstitutional, so, too, are exclusions from survivor benefits that are tied to those marriage bans.”

The letter acknowledges that in general, the requirement that couples be married for a certain amount of time is “justified as a proxy for detecting or deterring sham relationships between opposite-sex couples,” but says it must be looked at differently when it comes to LGBTQ couples.

“Correcting this error will end the discriminatory treatment of potentially thousands of same-sex partners and spouses, and allow them to access the benefits they are owed.”

Lauren Jauregui claims Perez Hilton outed her. He says he’s “not sorry” because he didn’t do it.

What does /s mean & why does it matter?