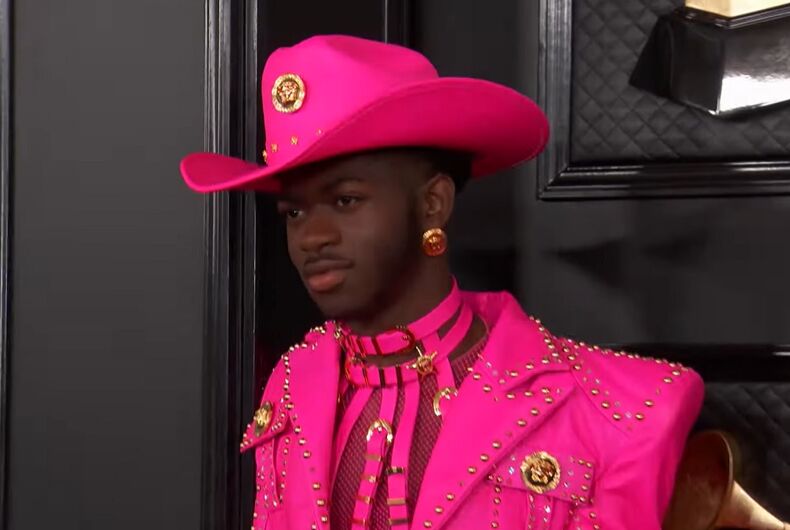 Lil Nas X revealed online last night that he currently has coronavirus. The out 22 year-old entertainer had withdrawn from participation in the Capital FM “Jingle Ball” concert tour after multiple people working in close contact with him during performances had tested positive earlier this week. Now, the “Industry Baby” rapper has it himself.

Reacting to the revelation that former President Barack Obama had included his song “MONTERO (Call Me by Your Name)” on his favorite tracks playlist, Nas said he “started running around the house in excitement when i saw this, then i remembered i have covid lol,” in a tweet that has since been deleted.

Related: 5 of the most epic clapbacks to anti-LGBTQ haters this year

Nas also said in another since-deleted tweet, “now that i’m sure i won’t die from covid i will now begin mildly funny jokes about having it,” suggesting that his condition has improved since he turned up with the virus.

As promised, he followed up with some now-deleted punchlines: “i’m not sure whether i’ve had the omarion or alicia keys variant of covid but this has not been a fun journey.”

In another tweet, he remarked, “i only talk to people who have covid now. u non-covid bitches need to stfu. us coviders run this shit!”

Nas is yet another positive case amidst the resurging coronavirus wave that swept the country this week, in part due to the Omicron variant in conjunction with the still-spreading delta variant.

Citing Johns Hopkins University data, CNN reports that the country is currently averaging about 118,717 a day, which is 40 percent higher than the average in weeks prior. The state of New York reported 21,027 new cases yesterday, a record number since the pandemic began and testing became widely in use and available.

Nas is just the latest in a number of artists to withdraw from Jingle Ball shows. Coldplay, Megan Thee Stallion, and the Jonas Brothers all withdrew from different shows scheduled across the United States and the United Kingdom because of potential COVID-19 exposure to them or someone on their teams, while Doja Cat withdrew because she herself has contracted the virus. Dua Lipa also withdrew for different health reasons.

As for former President Obama’s playlist, Mitski, Cardi B and Lizzo were among the other artists to make the list for his “Barack Obama’s Favorite Music of 2021” list released yesterday.