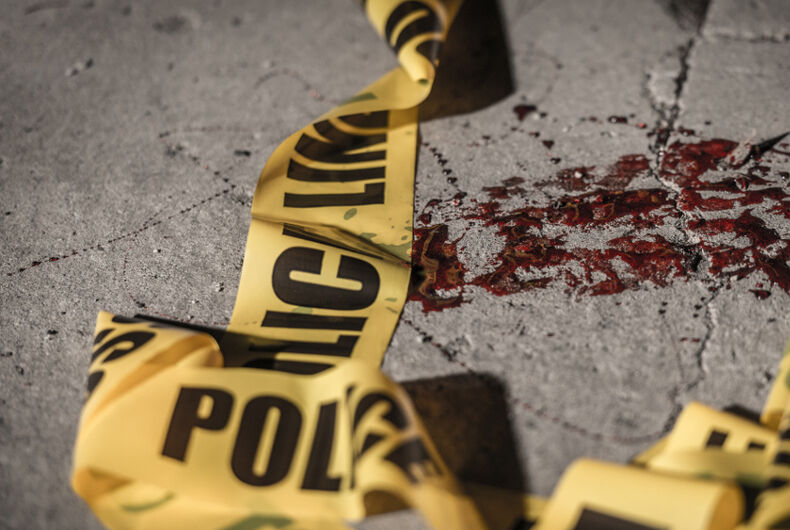 “Her murder reminds us all of how often the transgender community is targeted for violence in our society,” activist Earline Budd said at the time.

Related: Matt Gaetz’s chilling prediction for 2022 should be a campaign ad for Democrats

Two of the men charged with Dodds’ murder, Jolonta Little and Monte T. Johnson, were also charged with a hate crime. But after the case dragged on through the courts for years, Little and Johnson eventually pleaded to a single count of voluntary manslaughter.

Gone are the hate crime charges. Scheduled for sentencing later this week, the two could be free in just three years.

Dodds’ case is just one example of the sad reality behind hate crime charges. Intended to enhance sentencing for violent attacks, the charges have proven to be difficult to prove. The federal government and 47 states have hate crimes laws, many encompassing not only race and ethnicity but also sexual orientation and gender identity.

However, the laws serve primarily as a signal of good intentions rather than a real threat of punishment. When law enforcement agencies reported their results to the FBI for 2019, 86.1% of them said that not a single hate crime had occurred in their jurisdiction.

What makes hate crime laws so weak is the standard of evidence required for conviction. The law requires hard proof that the victim was singled out because of who she or he was. The simplest evidence of that is for the attacker to use slurs during the crime. Having an online history of bias or membership in a hate group is also helpful.

But the problem isn’t just in the way the laws are written. It’s also in the way prosecutors and police approach them.

In some more conservative states, hate crimes charges might even backfire with juries. Juries may be willing to punish violent crime harshly, but when it comes to hate crimes, not so much. One prosecutor told The Atlantic that “a person who is perfectly willing to convict a murderer … might be less inclined to do so if asked to render a verdict under a hate-crime statute based on sexual orientation.”

People do get convicted of hate crimes but very few. A ProPublica study of hate crimes in Texas found that 981 cases were reported to the police as hate crimes between 2010 and 2015. There were only five hate crime convictions. Among the cases where the assailant was not convicted was an attack on a transgender student who was threatened with a knife, called “queer” and then kicked and beaten.

Hate crimes are on the rise nationally, including the epidemic of violence against trans women of color. Yet the laws that are supposed to help send a message about bias-related attacks are largely window decoration. What does that say about how seriously we as a nation take hateful violence? Apparently, not much–and also too much.