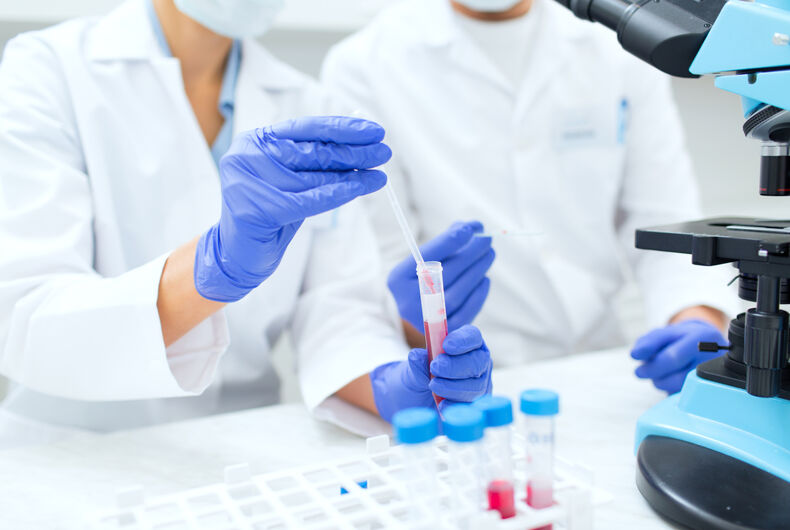 Today is World AIDS Day, a day devoted to raising global awareness of the ongoing epidemic that has taken over 36 million lives since it began.

While the HIV infection rate has drastically reduced overall, a new report from the Centers for Disease Control and Prevention (CDC) has found that rates remain disproportionately high for gay and bisexual men, and especially men of color, in the U.S..

Related: Woman cured her own HIV without medications or therapy

The CDC said that 66% of new HIV infections in 2019 occurred in gay and bisexual men.

Demetre Daskalakis, director of the CDC’s Division of HIV Prevention, called this “one of the largest disparities in existent public health.”

And while overall incidence of HIV infection has decreased eight percent for gay and bisexual men over the past ten years, that decrease has occurred almost exclusively among white men.

“To end the HIV epidemic, we will need to address the systemic factors that turn health differences into public health injustice,” Daskalakis said.

With systemic injustices in mind, the CDC has outlined a new plan, called Ending the HIV Epidemic in the U.S (EHE), with the goal of eradicating HIV in the United States by 2030.

“Right now, EHE is focused on the 57 jurisdictions that account for more than half of all new HIV infections and about two of every three new HIV infections amongst Black and Latino/Hispanic people,” said CDC Director Rochelle Walensky in a Tuesday briefing.

A Wednesday press release from the White House also introduced the Biden administration’s strategy to end the epidemic, a strategy which it says “expands the focus on addressing the social determinants of health that influence an individual’s HIV risk or outcomes; encourages reform of state HIV criminalization laws; [and] adds a new focus on opportunities to engage the private sector in novel and important ways in the nation’s work to end the HIV epidemic.”

The release said 1.2 million people in the United States are currently living with HIV.

“Recognizing the urgency of this battle,” the release said, “the Biden-Harris Administration has worked to build on the progress of past years and promote American global health leadership while advancing strategies and policies to improve access to health services, address stigma and discrimination, achieve equity, support human rights, strengthen public health infrastructure, and ensure that the voices of those with HIV are central to our efforts.”