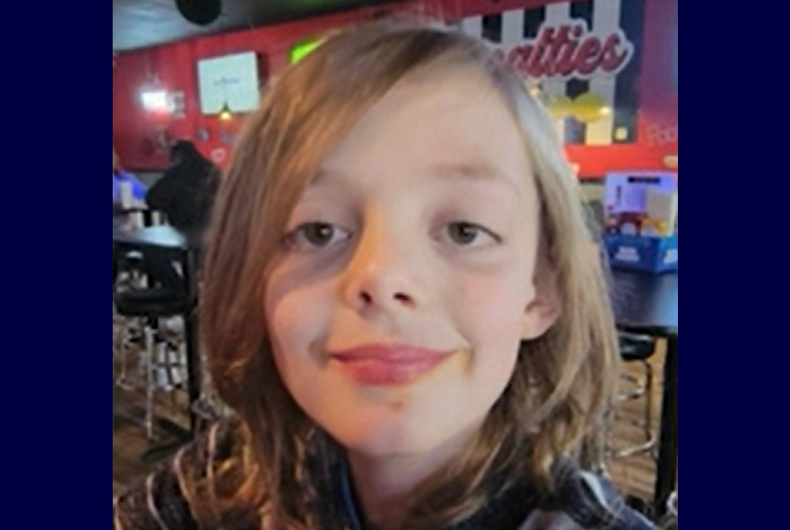 A seventh grader in Bedford County, Tennessee died by suicide on November 28 after he was ruthlessly bullied for being gay.

The parents of 12-year-old Eli Fritchley say his peers repeatedly told him he was going to Hell because of his sexuality.

“He was told because he didn’t necessarily have a religion and that he said he was gay that he was going to go to Hell. They told him that quite often,” Eli’s mom, Debbey told WHNT News.

“I think probably because he was in the same clothes every single day that they used that as a weapon,” Debbey said.

Eli’s dad, Steve, said he doesn’t think the students ever physically abused Eli, but that verbal abuse can be just as harmful.

“I think it was just words, but words hurt,” Steve said. “They really hurt.”

Nevertheless, Eli’s parents are shocked by what happened, as they said Eli usually brushed off the bullies.

“I hope and pray, this unfortunate event we are going to make something of it,” Rob said. “We’ve got to. We are going to come up with some sort of anti-bullying program through this GoFundMe page where I pray to God this will not happen again.”

Education, Debbey said, is key to stopping bullying. The Fritchleys hope to prevent what happened to Eli from happening to other kids and families.

If abortion rights go, so could gay marriage