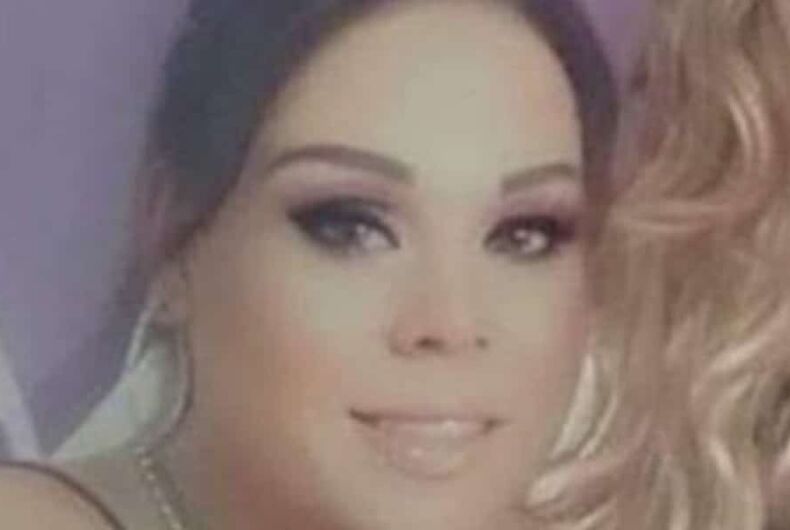 On December 11, a 31-year-old trans woman was found tortured to death in the Juárez Canal in the state of Colima, Mexico. Her body was surrounded by threatening signs.

Saray Atenea was discovered in an area that is reportedly referred to as “death row” for the amount of organized crime that occurs there. It is also an area where trans women engage in sex work, meaning they are often in danger.

“In that perimeter, where they found Saray, which is already the rural area of ​​Colima, they have found other women, trans girls and men,” Colima Human Rights Commission advisor Marco Antonio Gaspar told Latin American LGBTQ publication, Presentes.

“It is common for [in] this area to find bodies that are often linked to murders by organized crime. But it is also important to say that the perimeter of sex work that is in the southern part of the first square of the city, extends towards the canal almost for a kilometer and a half. That makes trans girls who do [sex work] even more vulnerable.”

Local LGBTQ group Orgullo Disidente, or Dissident Pride, took to Instagram to express outrage about Atenea’s death and said that an increase in police presence in the area as a method of tackling drug trafficking is making life more dangerous for LGBTQ people.

“The news fills us with pain and anger,” the statement said. “We demand justice from the Attorney General of the State of Colima for Saray Atenea and for all those murdered. And to the state government a real change in the security strategy that is killing us.”

The group also said Atenea’s death was the 5th murder of a trans women in Colima this year.

According to Transgender Europe, at least 65 trans people have been murdered across Mexico in the past year, making it the second most dangerous place for the trans community after Brazil. The United States is third.

Family remembers Atenea as one who brought them joy.

“Your family always accepted you and gave a lot of love,” a relative wrote on social media. “I keep the beautiful memories…thank you for being that unique aunt who taught us that being different does not define you as a person, on the contrary, it brings a little more joy to your life. I love you and you will always be remembered. ”