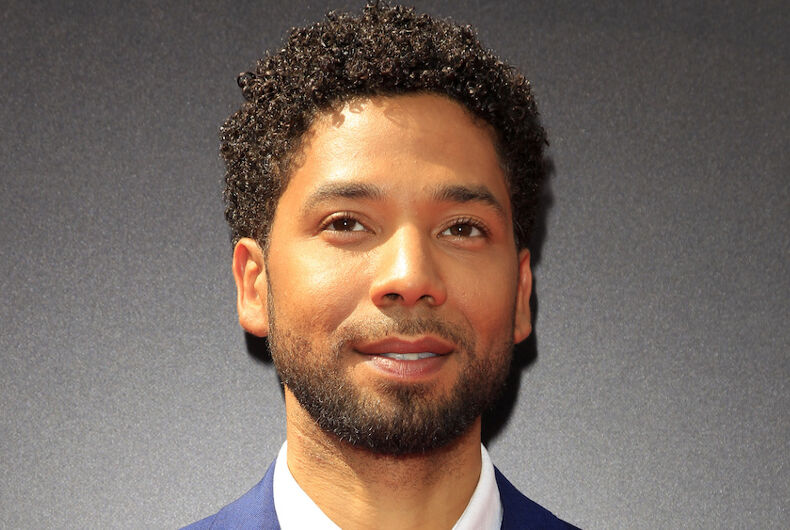 The criminal trial of out actor Jussie Smollett starts this week in Chicago. Over two years ago he claimed he was the victim of a racist and homophobic attack and was then accused of staging it himself.

The prosecution’s star witnesses will be two brothers, Abimbola and Olabinjo Osundairo, who claim Smollett paid them $3,500 to stage the attack. Smollett has maintained the attack was real and that he paid the brothers for personal training services.

It is unknown if Smollett will take the stand, according to ABC News.

If convicted, Smollett faces up to three years in jail. However, according to the Chicago Sun Times, Smollett does not have a serious criminal background and thus it is more likely he will receive a lighter sentence and possibly only probation.

The actor alleged that two men attacked him on January 29, 2019, pouring bleach on him and putting a noose around his neck while shouting, “This is MAGA country.”

The Osundairo brothers, friends and gym buddies of Smollett, were caught carrying the rope and bleach on a security camera the night of the attack.

The brothers later claimed that Smollett paid them to help stage the attack because he allegedly wanted a pay raise for his role in the Fox musical drama Empire.

Police arrested Smollett on February 21, 2019 on 16 counts of filing a false police report, but he pled “not guilty” and the charges were dismissed on March 28 with no explanation why. The court records explaining the decision were sealed.

Afterward, Smollett was asked to do 15 hours of community service and forfeit his $10,000 bail bond to repay the city for its investigation, though he admitted no wrongdoing.

In April 2019, Chicago police sued Smollett for $130,000 in investigation costs. In response, Smollett countersued the Chicago Police Department in November 2019 for “malicious prosecution,” alleging that the brothers had lied to avoid prosecution and that police had no proof that his attack was a hoax.

The entire incident caused Smollett to be written out of Empire‘s final episodes in its sixth and final seasons despite the cast publicly advocating for his return.

There will be no cameras allowed in the courtroom and the trial, which should last a week, will not be streamed live.