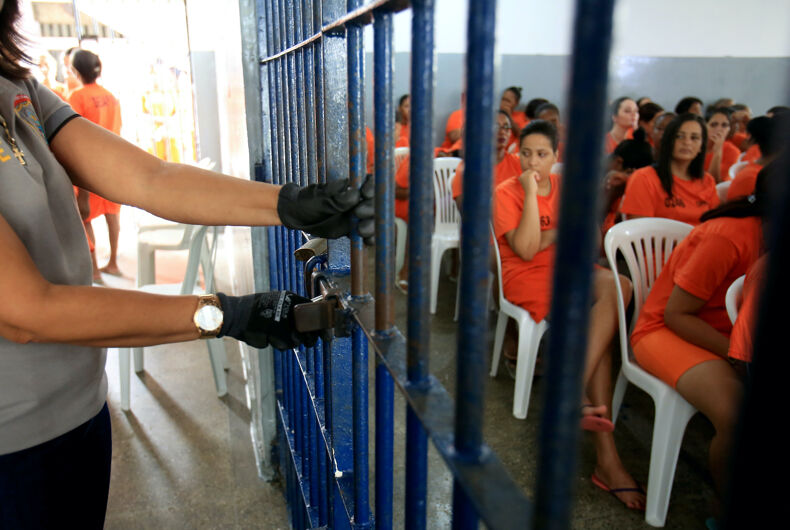 A group of trans-exclusionary radical feminists (TERFs) have filed a lawsuit against the state of California for placing transgender women in female prisons.

The Women’s Liberation Front (WoLF), a group that opposes the extension of legal and civil rights to transgender people, recently filed a lawsuit in the U.S. District Court for the Eastern District of California, Bakersfield.com reported. The lawsuit  claims to represent a group of incarcerated women as well as Woman II Woman, another TERF group.

Related: Transgender inmates to be transferred out of Rikers Island as prison descends into chaos

Both WoLF and Woman II Woman oppose SB 132 — state legislation successfully authored by gay state Assembly member Scott Weiner — which requires jails and prisons “to house transgender, gender-nonconforming and intersex people according to their own sense of where they will be safest.”

Two incarcerated women listed as plaintiffs in WoLF’s lawsuit alleged that transgender or gender nonbinary inmates sexually assaulted them. One woman said the attack occurred after SB 132 became law. Several of the plaintiffs said that being in custody with trans women violates their religious beliefs.

Woman II Woman’s founder Amie Ichikawa has said that she supports the safety of trans women in prison. However, she also claims that SB 132 allows “sexual predators to slip in under the umbrella of transgender identity.” Her claims echo right-wing depictions of trans women as sexual predators.

The California Department of Corrections and Rehabilitation won’t comment on pending cases. However, the two TERF organizations behind the lawsuit should raise eyebrows. Foremost, Woman II Woman’s sole reason for existing is to oppose SB 132. Their opposition is shared with the California Family Council, a statewide anti-LGBTQ group who lobbied against the law.

Furthermore, WoLF has previously partnered with the Family Policy Alliance, the lobbying arm of the rabidly anti-LGBTQ hate group Focus on the Family. Their association implies a complete disinterest in the well-being of transgender inmates, let alone LGBTQ people in general.