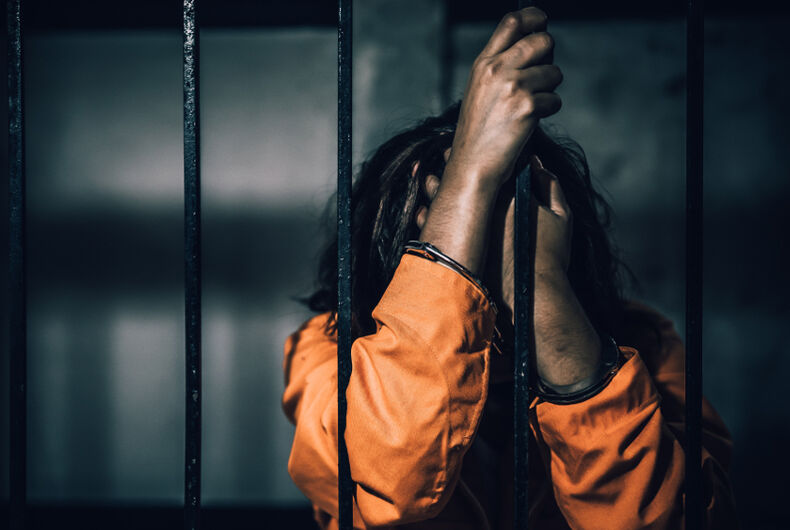 New York Gov. Kathy Hochul (D) said that 230 women and transgender people will be temporarily transferred out of Rikers Island to state-run facilities as the New York City prison descends into lawlessness.

“The situation on Rikers Island is grave and complex, and thus requires bold action from all levels of government to deliver change,” Hochul said in a statement, announcing that the people who are being transferred out include “nearly all” the women and trans people at Rikers Island.

Conditions on Rikers Island have deteriorated over the past several months, with state lawmakers calling it “an absolute humanitarian crisis.”

“The place is in a state of emergency, and we need to act now,” New York State Assembly Member Jessica González-Rojas (D) told CBS News last month. “We must work to de-carcerate.”

Rikers Island has long been criticized for violence, abuse, and neglect of inmates, as well as the lack of consequences for corrections officers.

The New York Times reports that conditions have gotten even worse this past year. Inmates and gangs are running the jail, determining who can access buildings, while officers pull 24-hour triple shifts in the overcrowded, understaffed jail, often doing little to protect inmates who find themselves the targets of violence.

Inmates aren’t getting regular access to food, medicine, or water, NPR reports, and some say that they can spend days in their cell without seeing a corrections officer.

“The current staffing crisis has exacerbated these issues and that is an acute problem we must fix today,” City Department of Correction Commissioner Vincent Schiraldi said last week. “No jail can run properly when a third of its staff are sick, AWOL, or otherwise unavailable to work.”

Eleven people have died so far this year while in custody at Rikers Island, where 85% of inmates have not been convicted of a crime because they’re being held awaiting trial.

According to a press release from the governor’s office, transgender inmates currently receiving hormone replacement therapy at Rikers Island will be able to continue it at their new facility. She said that the state would be taking other actions to address the crisis at the prison, including opening a new intake operation and two clinics, installed new cell doors they claim will increase safety, and “increased accountability for staff who don’t show up for work.”

“These actions will further help ease staffing concerns, capacity constraints and improve safety for several hundred detainees until such time that the city can identify and implement a permanent solution that will bring justice to the situation at Rikers,” Hochul said.

“It is not lost on us that the state’s first female governor made closing [the Rose M. Singer Center, the women’s facility at Rikers] a priority,” said Sharon White-Harrigan of the Women’s Community Justice Association in a statement. “We look forward to partnering with her and the city on ensuring a smooth temporary transition to Bedford, and a permanent solution that includes releasing those who can be more effectively and safely served by community alternatives-to-incarceration programs.”

The transfers will take place twice a week, with 10 to 20 inmates being transferred each time.