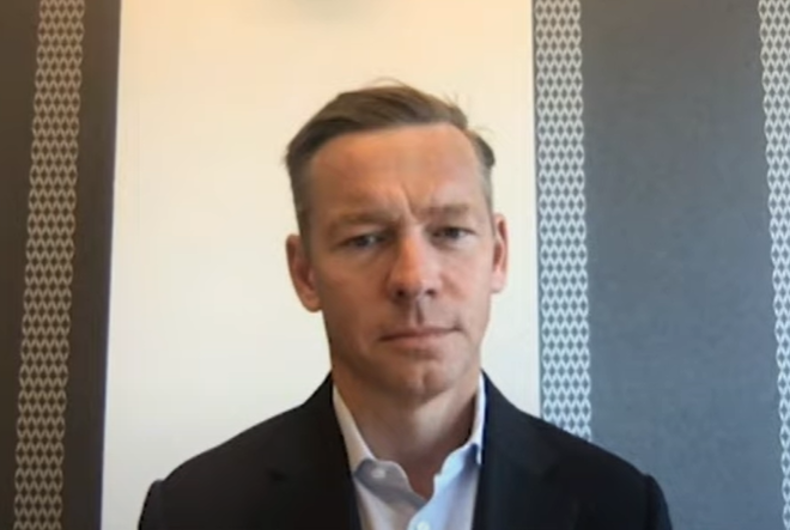 McDonald’s President and CEO Chris Kempczinski has come under fire for a text message he send to out Chicago Mayor Lori Lightfoot (D), where he blamed the parents of two Black children who were shot to death earlier this year.

McDonald’s workers in Chicago are planning a protest over his “ignorant, racist, and unacceptable” comments.

The text messages, which were obtained in a Freedom of Information Act request by community activists, were an exchange between Kempczinski, who is white, and Lightfoot, who is Black, on April 19 of this year.

“p.s. tragic shootings in last week, both at our restaurant yesterday and with Adam Toldeo. With both, the parents failed those kids which I know is something you can’t say. Even harder to fix,” Kempsczinski wrote.

“Thanks, Chris. Great to see you in person,” Lightfoot responded. “Such a great work space, and your folks were terrific. I said to Joe I would be happy reach out to the operator to offer support. He and his team members have got to be traumatized. Terrible tragedy. Thanks again, Chris. MLL.”

Kempczinski was referring to the deaths of Adam Toledo, who was 13-years-old, and Jaslyn Adams, who was seven-years-old.

Toledo was shot and killed by Chicago police officer Eric Stillman on March 29, and police said that it was an “armed confrontation” immediately after Toledo was killed.

But Stillman’s bodycam video showed Toledo raising his hands, which were empty, while facing police when he was shot. A witness said that the child was complying with police commands.

“Adam died because he complied,” said the family’s lawyer.

Adams, the seven-year-old, was shot while she was sitting in a McDonald’s drive-thru with her dad on April 18 in the middle of the afternoon. Her father was also wounded in the attack. A man was later arrested in connection to her death and charged with murder.

“He doesn’t know the circumstances of these parents,” she said. “A large number of them are single mothers who are just doing their best and sacrifice.”

“He can’t relate because he’s wealthy, and we are not, and he doesn’t understand our struggle…. Oftentimes we have to work two jobs because the wages are so low; we’re forced to sometimes leave our kids at home alone to go to work.”

The AFL-CIO estimates that Kempczinski made over $20 million in 2020 alone.

Little Village Community Council President Baltazar Enriquez was more blunt: “If he really feels that it’s the mothers’ fault, of them being the culprits of their kids’ deaths, then he should fund our communities with all the profits that he takes.”

Speaking of the mayor’s response, he said that “these big corporations are Lori Lightfoot’s boss.”

Parent-blaming directed at people of color has a long history in the U.S. Stephanie A. Fryberg and Megan Bang at Education Week say that parent-blaming has often been used “to justify the systemic inequities and inhumane treatment of nonwhite and poor families” by those who would rather point the finger at parents they never met instead of questioning systemic racism.

Otherwise, it’s hard to explain how the president and CEO of McDonald’s blamed the parents of a seven-year-old girl who was shot while waiting in the drive-thru at McDonald’s with her father.

Kempczinski said that he wrote the text messages “thinking through my lens as a parent and reacted viscerally. But I have not walked in the shoes of Adam’s or Jaslyn’s family and so many others who are facing a very different reality.”

“Not taking the time to think about this from their viewpoint was wrong, and lacked the empathy and compassion I feel for these families. This is a lesson that I will carry with me.”

“Families do everything they can — moms, dads, grandparents — to love and support their children, and tragedies can still happen,” Lightfoot’s office said in a statement. “Victim shaming has no place in the conversation.”