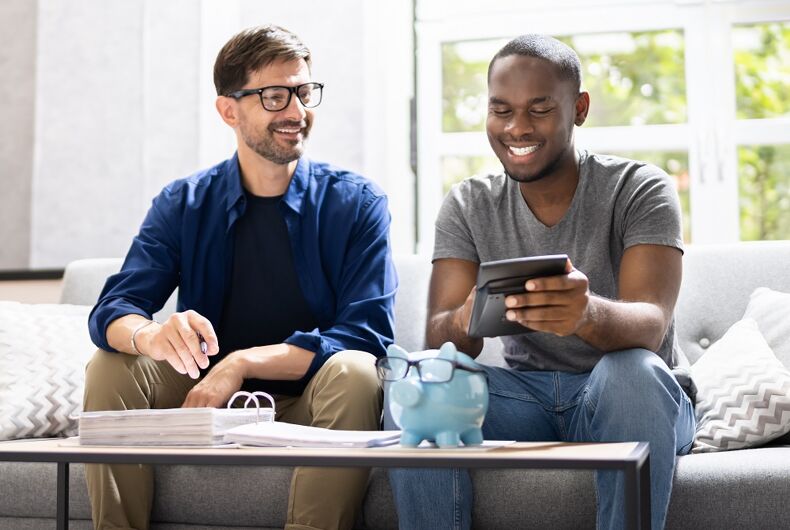 LGBTQ couples who were legally married before federal marriage equality will be eligible for retroactive tax refunds in the most recent version of President Joe Biden’s domestic budget bill, the Build Back Better Act.

The legislation includes a section that says that same-sex couples who were married as early as 2004 in states where marriage equality was legal would be able to file amended tax returns for every year they were married.

Related: Pete Buttigieg is ready to get America fixed back up after Biden signs major infrastructure bill

The move would mostly affect couples who were married before 2010, as those married from 2010 on already had access to these benefits.

In 2013, the Supreme Court ruled in United States v. Windsor that the federal government must recognize LGBTQ marriages in states that had legalized marriage equality.

Per that ruling, the IRS allowed married LGBTQ taxpayers to claim benefits dating back to 2010.

The Build Back Better Act, however, would allow those benefits to date back as early as 2004, when the first same-sex marriages in the country began to take place.

“This is a fair thing to do,” Steve Wamhoff,  director of federal tax policy at the Institute on Taxation and Economic Policy, told NBC News. “People were married, [but] the federal government wasn’t recognizing their marriages.”

Experts say couples who earn a similar income likely wouldn’t benefit much from this policy, but those who earn vastly different amounts of money could see some hefty gains if they decide to take the time to amend their returns.

All of this, of course, is what would happen if the legislation passed as it currently stands. It is certainly possible it will change again.

The House is planning to vote on the Build Back Better Act this week. After that, it will move to the Senate, where Senate Majority Leader Chuck Schumer (D-NY) said he wants it passed before Christmas.