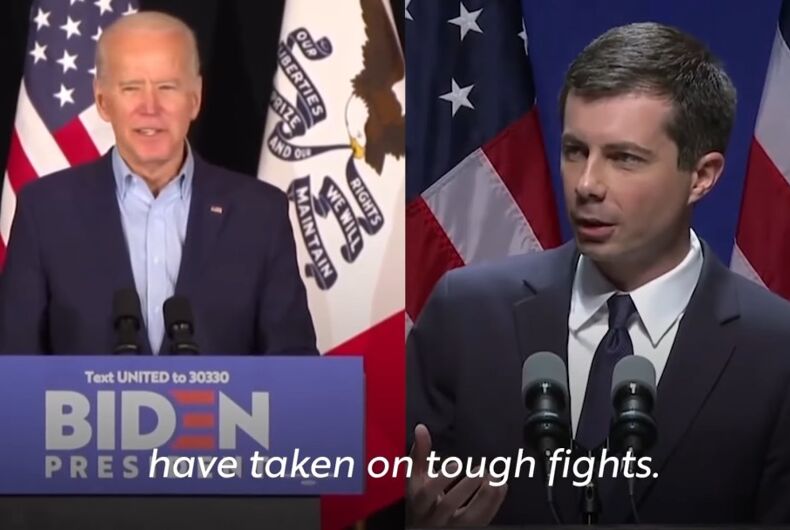 Out Secretary of Transportation Pete Buttigieg has vowed he will work to swiftly implement the new initiatives.  Former President Donald Trump, however, is seething with jealousy that Biden did what he couldn’t: Biden sealed the deal.

“The moment President Biden’s ink is dry in his signature, we’ll be getting down to work. We’ve been preparing for weeks and months,” Buttigieg told MSNBC. “Presidents, administrations, Congresses have sought to do this… for literally as long as I’ve been alive. It’s finally happening.”

Buttigieg will co-chair a task force to oversee the implementation.

While Buttigieg’s Department of Transportation will be heavily involved in the repairs to the country’s aging roads and bridges, the bill also includes billions of dollars to shore up other critical areas.

“There’s a lot more than roads and bridges that are part of infrastructure,” Buttigieg explained earlier this year after critics complained that all of the money didn’t go to fixing highways. “Well, we believe that pipes are infrastructure, because you need water to live, and too many families now live with the threat of lead poisoning.”

It also includes $73 billion for upgrades to the ailing electrical grid, $65 billion in funding to provide high-speed internet access to hard-to-reach populations, and $68 billion in environmental efforts to curb wildfires, prepare coastal regions for more frequent hurricanes and flooding, and clean up contamination.

Trump has lashed out at Republicans who voted in favor of the bill despite promising to pass an even bigger bill himself. Trump’s regular temper tantrums and refusal to work with Democrats doomed his grand promises to failure.

“I know folks are tired of the bickering in Washington. Frustrated by the negativity,” Biden said before signing the bill. “Today, I want you to know we hear you and we see you. The bill I’m about to sign into law is proof that Democrats and Republicans can work together. Proof that we can deliver real results.”

“The current president will hold a high wattage signing ceremony for the measure at the White House on Monday, which will include at least two Republican senators who will show up in defiance of Trump,” CNN political analyst Stephen Collinson wrote before the ceremony started. “The event will be a reminder that Trump’s own inept attempts to pass such infrastructure reform turned into an object of ridicule.”

Trump’s “Infrastructure Week” initiatives became a running joke of his administration. Every year they touted it would be a success but always doomed it themselves. Democrats have continually supported infrastructure spending and frequently use it as a campaign issue.

Getting ready for a big bill signing over here pic.twitter.com/IIH4uC5ZRq

"The moment @POTUS’s ink is dry in his signature, we'll be getting down to work. We've been preparing for weeks and months,” said @SecretaryPete. “Presidents, Administrations, Congresses have sought to do this…for literally as long as I’ve been alive. It's finally happening.” pic.twitter.com/ojmQ1WqJHg