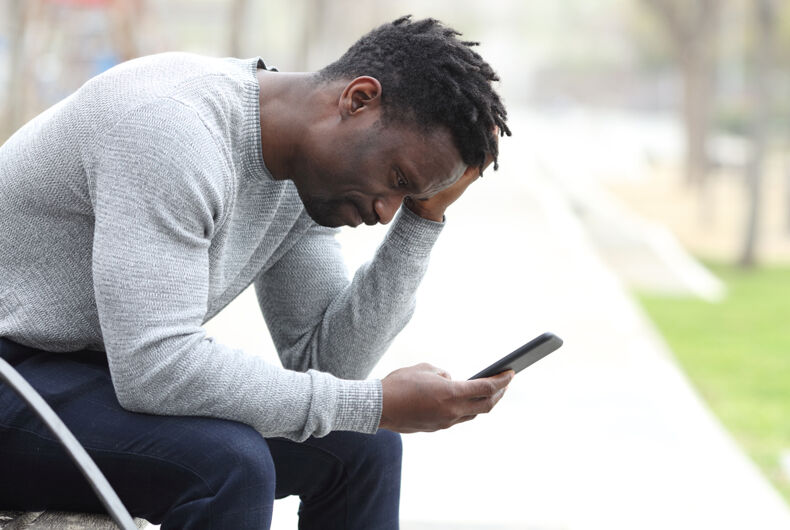 A new texting-based National Suicide Prevention Lifeline will be available everywhere by July 2022, making it easier to seek help for those uncomfortable speaking to someone on the phone.

The Federal Communications Commission (FCC) voted unanimously that cell phone companies must allow users to text the number “988” if they are in crisis by July 2022, Reuters reports, though some carriers are implementing the number earlier. Those who would rather speak to someone on the phone will still be able to reach the current national lifeline at 800-273-8255. There is also an online chat option already in place.

Related: Am I nonbinary? A guide to what it means to identify outside the gender binary

A 2016 research review by the Williams Institute revealed that 17% of LGB adults have attempted suicide, compared to 2.4% of the general population. Additionally, 82% of respondents to the 2015 U.S. Transgender Survey said they had seriously thought about suicide at some point in their lives, and 40% reported having attempted it.

The numbers are also alarmingly high for LGBTQ youth. The Trevor Project’s 2021 National Youth Mental Health Survey found that 42% of LGBTQ youth seriously considered suicide in the past year. Additionally, more than half of trans and non-binary youth considered suicide

94% of respondents also stated that if they needed to contact a crisis line, they would want to be able to text. However, more than 80% said that it’s important to them that they can access a crisis line focused on LGBTQ youth.

That said, if the National line doesn’t feel like the right choice for you, there are many LGBTQ-specific options.

Remember that you are not alone. Help is there for you.

or use the online chat function

or use the online chat function