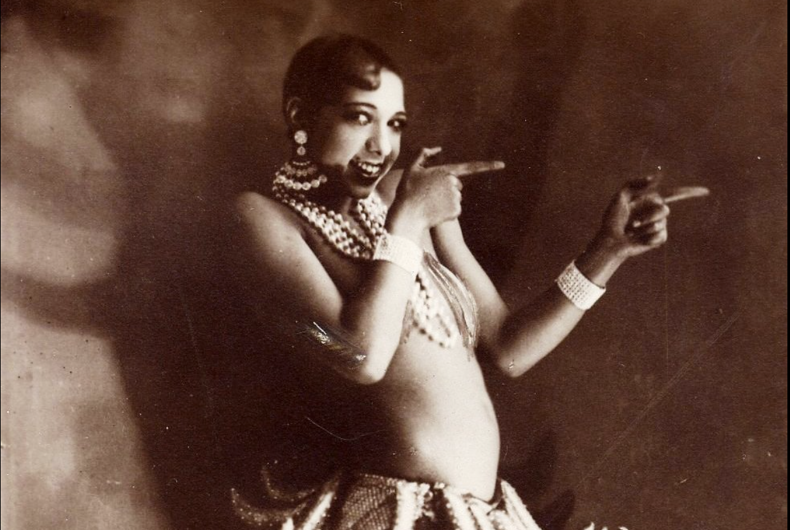 Josephine Baker in her iconic banana skirtPhoto: Walery via Wikipedia

Out American-born dancer Josephine Baker will be the first Black woman – and the sixth woman ever – to be interred at the Pantheon in Paris, one of the highest postmortem honors in France.

Baker, who was born in poverty in Missouri, dazzled France as a dancer when she first arrived in Europe in the 1920s, worked for the resistance as a spy during the Second World War, and built her “Rainbow Tribe” – her, her fourth husband Jo Bouillon, and their 12 adopted children of different ethnicities – in a chateau after the war while campaigning for civil rights.

Related: How a bi black dancer from St. Louis helped the Resistance liberate France from Nazis

Currently, 80 people who have made significant contributions to French history had their remains transferred to the mausoleum at the Pantheon, including Jean-Jacques Rousseau, Voltaire, Victor Hugo, Emile Zola, Marie Curie, and Louis Braille.

Seventy-five of the people buried there are men and almost all are white.

Now Baker, who was an out bisexual woman born in 1906, will get a cenotaph (an empty tomb with a statue or a plaque) at the Pantheon. Her son Jean-Claude Bouillon-Baker said earlier this year that his mother’s remains will stay in Monaco, where she was buried.

The Pantheon will be closed for several days to prepare a November 30 ceremony for Baker and the monument will be open to the public for free for two days in December so that people can honor her.

Her family has been asking for her to be inducted into the Pantheon since 2013, and this year a petition got 38,000 signatures asking for her induction.

“She was an artist, the first Black international star, a muse of the cubists, a resistance fighter during WWII in the French army, active alongside Martin Luther King in the civil rights fight,” the petition said.

Pascal Bruckner, a member of the group that campaigned to induct Baker into the Pantheon, said her life “is a symbol of a France that is not racist” and that Baker was “a true anti-racist, a true anti-fascist.”

While she wasn’t born in France, Baker felt a deep connection to the country.

“France made me who I am,” she said about her work with the resistance. “Parisians gave me everything… I am prepared to give them my life.”

And France awarded her with the Croix de Guerre and inducted her into the Légion d’Honneur for her service during the war.