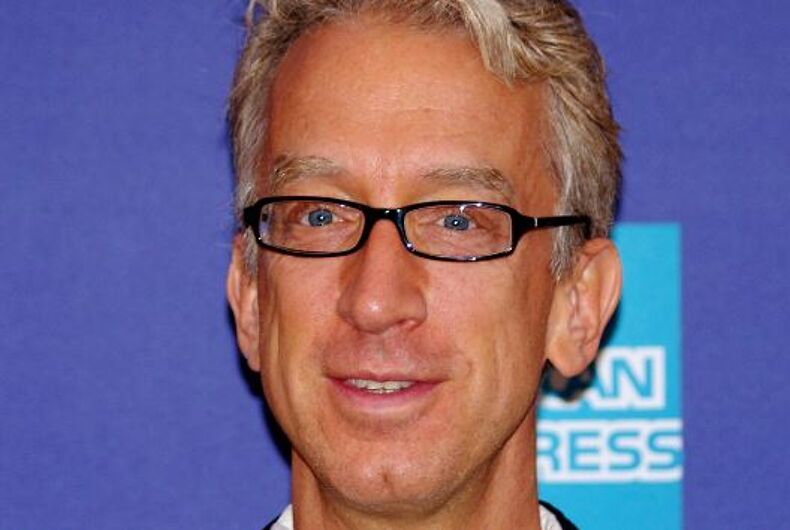 Actor Andy Dick has been arrested for allegedly hitting his boyfriend in the head with a liquor bottle. Last month, Dick reportedly assaulted the man with a frying pan.

The bisexual actor has a history of drug and alcohol abuse and domestic violence.

The comedian was sentenced to 14 days in jail for groping a woman’s butt last year, but only served a day due to overcrowding. He also caught a misdemeanor sexual battery charge in 2018 for drunkenly groping an Uber driver.

The troubled actor’s legal and social troubles have prevented him from working as the entertainment industry flees his toxicity during his years-long meltdown. He was fired from a movie in 2017 over sexual harassment claims.

He defended himself, saying, “I didn’t grope anybody. I might have kissed somebody on the cheek to say goodbye and then licked them. That’s my thing.”

In 2007, Jimmy Kimmel forcibly pulled Dick offset during a taping of Jimmy Kimmel Live after the actor repeatedly groped the other guest, Ivanka Trump.

“You promised you’d behave yourself,” Kimmel complained before ejecting Dick.