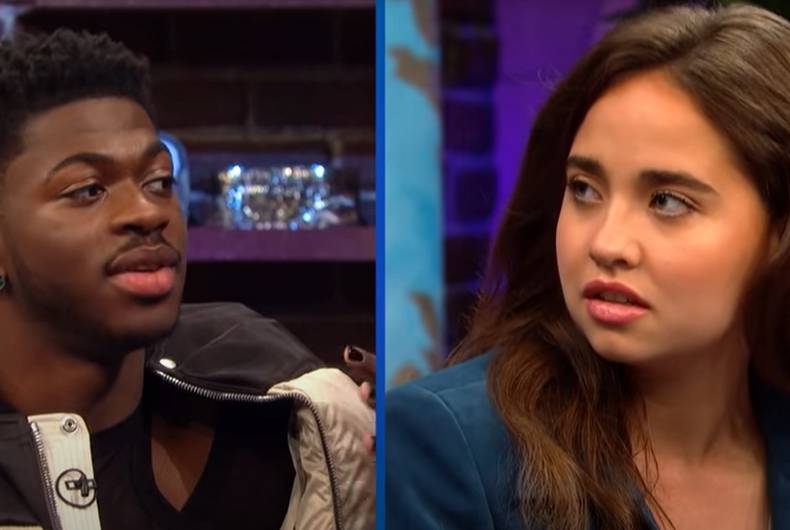 In the clip, Montero (Nas’s government name) “found the love of his life,” host Maury Povich informs the audience, as Nas walks on stage with a bouquet of roses for the lover, played by Yai Ariza.

“But [Nas] was shocked to discover that Yai was married,” Maury says in the voice-over.

“Me and Yai have been together for about a month and a half,” Nas tells the wife.

“You’re a liar!” she responds.

“Or will Montero get exactly what he wants?” Maury asks as Yai pulls out a ring to propose to Nas.

Tune in next WEDNESDAY, November 17th to an all new EXCLUSIVE Maury! #Maury24 pic.twitter.com/iZCJBvQmr7

The preview contains clear references to Nas’s September single “That’s What I Want,” which plays in the background. In the video for that song, Nas and Yai are cowboy lovers, à la Brokeback Mountain, until Nas finds out that Yai is married and has a kid. The wife in the Maury clip appears to be the same actress as in the “That’s What I Want” video.

So if this is an ad for new music – Nas has a history of innovative advertising for his music – it’s hard to see how, with all the references to his currently available work.

Either way, whether this is an ad or an actual shocking preview of a full episode of Maury, it’s coming on Wednesday, November 17.