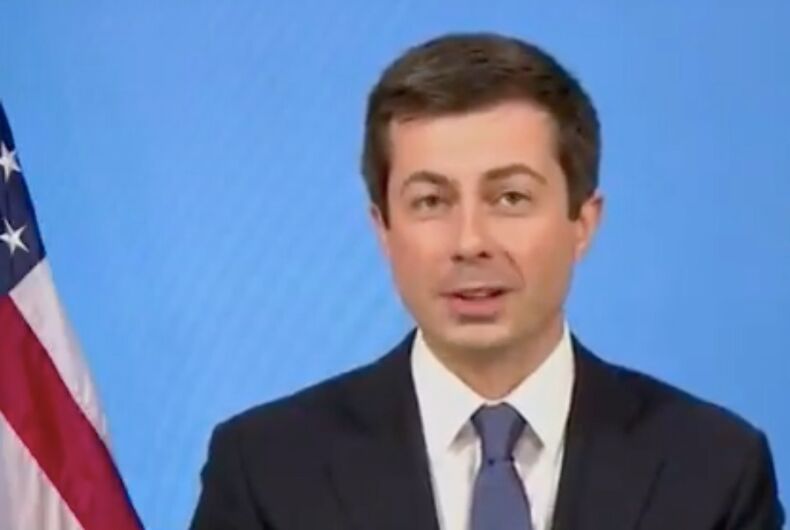 Transportation Secretary Pete Buttigieg just explained why conservatives who criticized him for taking paternity leave to raise his newborn children are full of it.

In short, the U.S. is the only industrial industrialized nation without federal paid family leave and it’s harming kids, parents, workplaces and making the entire country less competitive.

In a recent interview with the female-led daytime talk show The View, the show’s panelists asked Buttigieg what he thought about recent right-wing attacks on his taking paternity leave.

Right-wing conservative blowhard Matt Walsh said it was “absurd… luxury” for public employees like Buttigieg to receive two months off to care for his infants on the taxpayer dime. Fox News bigot Tucker Carlson said that Buttigieg and his husband took paternity leave to try and “figure out how to breastfeed.”

Buttigieg called their negativity “unfortunate” but added, “In a way, maybe some good comes out of it too because it’s helped us have a conversation about parental leave.”

“Every American ought to be able to get paid parental leave,” he said. “That’s something the President believes and has proposed. It’s something I believe. It ought to be basic.” The audience applauded his comment.

He has a point. If the government and businesses want to attract and retain top talent, they have to offer quality benefits for those who want to start families. If workers are forced to choose between sacrificing their careers or raising a family, some will go elsewhere or leave the workforce entirely.

“When parents take that parental leave, they need to be supported in making that choice,” he said. “There’s this idea that you know, maybe, men have access to paternity leave, but it’s frowned on if they actually use it.”

“Obviously,” he added, “that doesn’t work for a marriage like mine. But also, for a man who’s married to a woman, that carries with it this assumption that the woman’s going to do all the work, and it just makes no sense in the 21st century.”

Buttigieg said that while on paternity leave, his workday starts at 3 a.m. when his husband, Chasten, goes to bed. That leaves him alone to handle the care and feeding of their newborn twins. Despite that, he has also said that he can’t help but smile when feeling the pride of being a parent.

This last Sunday, Meet the Press host Chuck Todd described the recent line of attack on Buttigieg as “bizarre,” acknowledging that Republicans basically attacked a politician for being a good parent.

Transportation @SecretaryPete Buttigieg responds to criticism of his paternity leave, telling #TheView “the negativity was unfortunate” but it has “helped us have a conversation about parental leave.”

“Every American ought to be able to get paid parental leave,” he adds. pic.twitter.com/ywa9XrKyqV