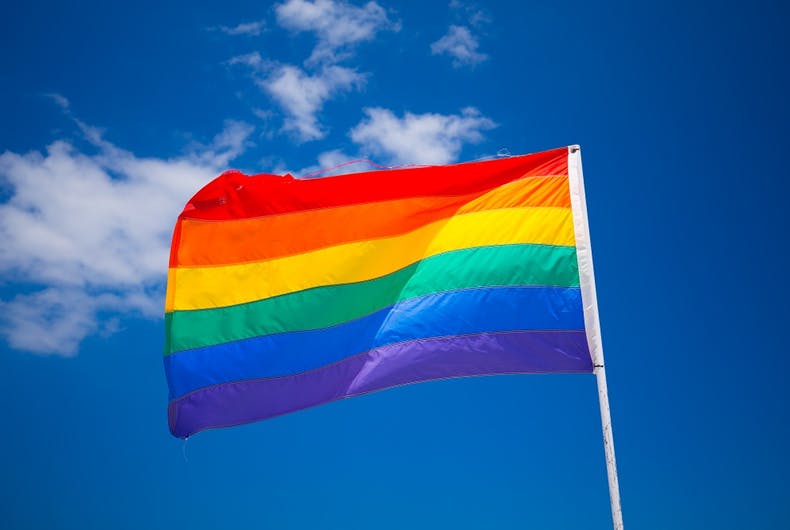 An old, aggressively homophobic article from the 1960s is getting attention on social media decades after it was published.

Related: You can be a witness to history by being an extra in the film about Bayard Rustin

Some of the ⁦@nytimes⁩ early coverage of gays is 👀 pic.twitter.com/uU2lmXbGew

The article is real and it’s still archived on the Times‘ site. It was published on May 19, 1964, over a decade before Harvey Milk was elected supervisor, years before the Stonewall Riots, and even a year before gays and lesbians picketed the White House for the first time to protest exclusion from federal jobs. The American Psychiatric Association still considered homosexuality a disease, sodomy was still illegal in many states, and people were regularly arrested for “cross dressing” in public.

“Homosexuals have gone beyond the plane of defensiveness and now argue that their deviancy is ‘a desirable, noble, preferable way of life,’ according to a report issued yesterday by the Committee on Public Health of the New York Academy of Medicine,” Robert Trumbull wrote in the Times article.

Trumbull wrote about what he said is the “first authoritative study of homosexuality by a recognized organization representing all branches of medicine” and not just written by mental health experts.

Several years prior to this article, psychologist Dr. Evelyn Hooker published her groundbreaking 1957 paper “The Adjustment of the Male Overt Homosexual,” which was based on mental health data on gay men who weren’t already in treatment for mental illness. She was one of the first researchers to help disprove the correlation between mental illness and homosexuality, largely a product of prejudice and confirmation bias.

Things were starting to change for LGBTQ people in the early 1960s. Trumbull’s article notes that “sexual deviants” – a word he uses interchangeably with “homosexuals” – are writing “more plays and books” with “homosexual characters,” as well as making organizations, autobiographies, and even a monthly magazine, the Mattachine Review.

“There is… an impression that at the present time the practice of homosexuality is increasing among the population at large,” he quoted the report.

The report insists that the problem with gay people is that they “would have it believed that homosexuality is not just an acceptable way of life but rather a desirable, noble, preferable way of life.”

“For one thing, they claim that it is the perfect answer to the problem of the population explosion,” the report states, although it’s not clear who they’re referring to, what gay people they heard seriously suggest that straight people should just try having gay sex to keep the population down.

Because after that point, the Trumbull seems to understand that gay people believe that their sexual orientation is immutable. He insisted that homosexuality is sickness “that can be treated successfully in ‘some cases’ but is more easily dealt with by early preventative measures.”

Those measures? The report said that “neglect, rejection, overprotection, overindulgence” by parents create “homosexual inclinations… earlier in life” that are “motivated by defective parental relationships.”

The article said that people should be on the lookout for “deviant tendencies” and warns that “personal mannerisms and characteristics can be deceptive.”

“The argument commonly advanced is that sex education belongs in the home. But if the home is not providing that education, where will it be found?”