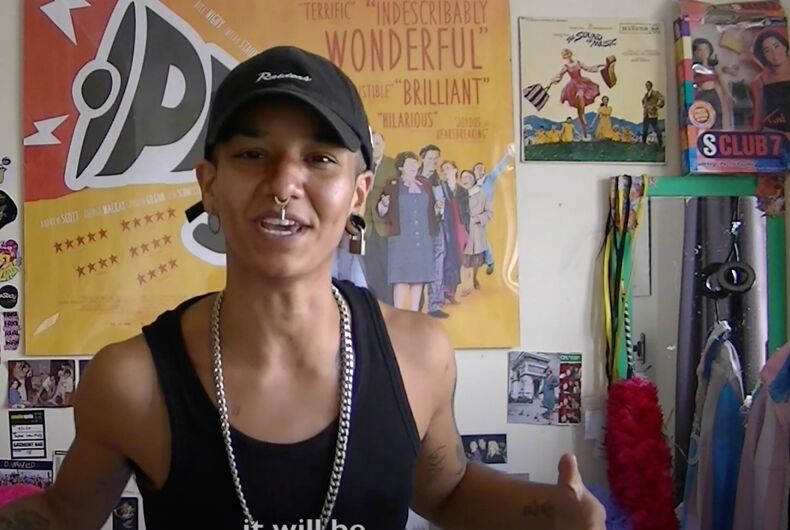 Chiyo Gomes, a transgender man, was a contestant for Mr. Gay England.Photo: Screenshot

The Mr. Gay World competition has changed its rules to be more inclusive of transgender men.

The group behind the competition “amended its policy to encompass the male identifying spectrum within the LGBTQ+ community” in June.

Contestants vie in several categories like a national costume, formal wear, swimwear, and congeniality. They also raise money for charity as part of the competition.

Mr. Gay England’s inclusion of Chiyo Gomes, a transgender man, set the stage for the pageant’s evolution. The group stood firm in the face of opposition from the usual suspects, and while the contestant didn’t win, it did spark a larger discussion.

The directive will apply globally to all license holders who host country-level competitions.

The pageant has been postponed for two years due to the coronavirus pandemic. To account for the pandemic, the 2020 and 2021 pageants will be held online over a four-week period later this month. They’ll be livestreamed on YouTube.

“The decision to host an online competition was not taken lightly, as core to the yearly event is the get together of all the delegates representing their countries in the pre-finale week that allows them to bring and share their worldwide experiences from their LGBTQI+ perspectives with each other,” the group said.

“The change in format will not demean the competition itself but will enhance the capability to include even more countries and allow viewers from across the globe to be involved.”

Viewers will be able to vote for their favorite contestants.

The Mr Gay England cooperation are PROUD to welcome any gay man to compete for one of our national titles.
In regards to welcoming a trans man into our finals, if you are a trans man you ARE a man.
Simples. pic.twitter.com/Q9BCbR02MK